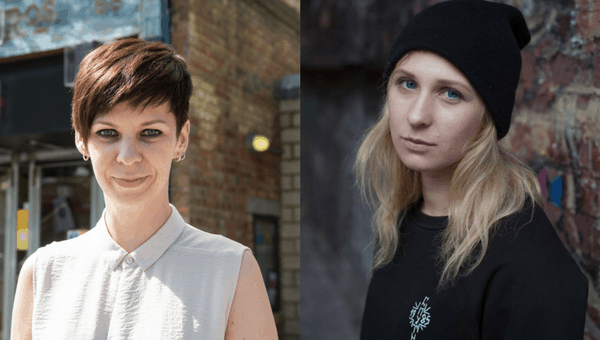 Creative freedom is under threat in Russia and its neighboring post-Soviet states, and artists are making their stands on stages, public squares, and screens. Join PEN America in conversation with Natalia Kaliada, co-founding artistic director of the courageous underground Belarus Free Theatre, and Maria Alyokhina of the Russian protest rock group Pussy Riot as they share their stories of creativity vs. repression. They are making a rare New York City appearance while on tour with Burning Doors, a searing dramatization of artistic persecution featuring cases including Oleg Sentsov, the Ukrainian filmmaker and writer now serving a 20-year sentence in a Siberian penal colony recognized with the 2017 PEN/Barbey Freedom to Write Award. Moderated by journalist and author Andrea Chalupa.

This event is presented in collaboration with PEN America’s newest initiative, the Artists at Risk Connection (ARC).

Natalia Kaliada is founding co-artistic director and CEO of Belarus Free Theatre, a writer, a producer, and a human rights campaigner. Known for making some of the world’s most provocative theater, BFT was described by The New York Times as “one of the most powerful and vividly resourceful underground companies on the planet.” Over the past 12 years, its award-winning productions have been performed in leading theaters and festivals in over 30 counties. Known for her innovative method of fusing art and politics in order to bring systematic changes to societies, Kaliada received two Meritorious Honor Awards for Personal Bravery and Courage from the U.S. State Department. Alongside Free Belarus Now and the We Remember Foundation, she took part in high-profile meetings with former U.S Secretary of State Hillary Clinton, former U.K Foreign Secretary William Hague, and with European presidents and prime ministers. She has made guest appearances on numerous TV and radio programs, including BBC’s HARDTalk, CNN with Christina Amanpour, Channel 4 News, and ABC Australia, and has been interviewed for leading publications including The New York Times, the Guardian, La Monde, the Toronto Star, and more. In 2011, she was forced into exile from Belarus and currently lives in the U.K.

Maria Alyokhina is a Russian activist and member of Pussy Riot. The balaclava-wearing female punk group Pussy Riot hit the headlines in 2012 when a guerrilla performance of the protest song “Virgin Mary, redeem us of Putin” in Moscow’s Christ the Saviour Cathedral led to their trial and imprisonment. The anti-Putin performance, condemning his corrupt relationship with the church, lasted just 40 seconds before they were arrested. Alyokhina together with bandmates Yekaterina Samutsevich and Nadezhda Tolokonnikova were accused of “hooliganism on the grounds of religious hatred.” Maria was sentenced to two years in prison. Amnesty International named her a prisoner of conscience due to “the severity of the response of the Russian authorities.” She was released in 2014 and has since campaigned across the world for prison reform in Russia. Burning Doors is her professional theater debut and first co-creation with Belarus Free Theatre.

A New York-based writer, Andrea Chalupa graduated from the University of California, Davis with High Honors in History and studied Ukrainian at the Harvard Ukrainian Research Institute. As a journalist, she has written for The Daily Beast, Forbes, TIME, Conde Nast Portfolio, and The Atlantic. She has spoken about Ukraine and Russia in the Council of Europe at the World Forum for Democracy, at the National Press Club in Washington, D.C., the Personal Democracy Forum at New York University, and other leading institutions. In 2015, Chalupa was an Aspen Ideas Festival Scholar and presented the closing remarks at the Justice Sector Training, Research and Coordination (JusTRAC) Symposium in Prague in a forum on eliminating corruption and promoting economic development in Ukraine. She is the author of Orwell and The Refugees: The Untold Story of Animal Farm, taught in high schools in Toronto and Kyiv through the arts and human rights education initiative OrwellArt (OrwellArt.org).

Burning Doors is a searing performance on how art persists under oppression. Through the prism of persecuted artists who will not be silenced, Burning Doors reveals how artists living under dictatorship illuminate the knife-edge of complacency in democratic societies reminding us of the true cost of freedom and dangers of inertia. Burning Doors is playing at La Mama’s Ellen Stewart Theater in New York from October 12-22. Learn more.