This dinner will be hosted by Gabriella De Ferrari in her Tribeca home on Monday, October 22, 2018, at 7:30pm. 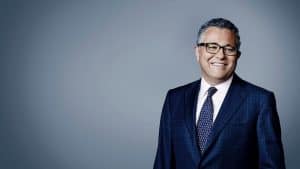 Jeffrey Toobin, noted author and legal analyst, has been a staff writer at The New Yorker since 1993 and the senior legal analyst for CNN since 2002. He previously served as an Assistant United States Attorney in Brooklyn and an associate counsel in the Office of Independent Counsel Lawrence E. Walsh. His books include Opening Arguments, The Nine: Inside the Secret World of the Supreme Court, Too Close to Call: The Thirty-Six-Day Battle to Decide the 2000 Election, A Vast Conspiracy: The Real Story of the Sex Scandal That Nearly Brought Down a President, and The Oath: The Obama White House and the Supreme Court.

Please contact Jafreen Uddin at juddin@pen.org to purchase your ticket(s) and reserve your seat(s) to this dinner.