[VIRTUAL] 90: A Celebration of Kamau Brathwaite 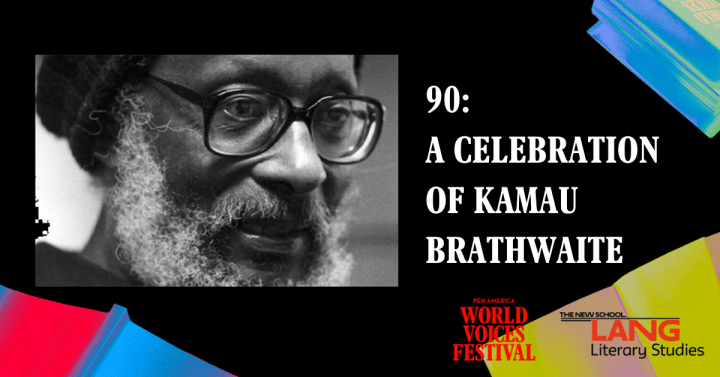 Acclaimed writers and performers Honor Ford-Smith, Aracelis Girmay, M. NourbeSe Philip, Roger Guenveur Smith, and Christian Campbell join us to celebrate the 90th birthday of the late Kamau Brathwaite, one of the great poet-thinkers of our time. A recipient of the 2018 PEN Voelcker Award for Poetry, Brathwaite is best known for The Arrivants, published in 1973; The History of the Voice; Born to Slow Horses; and The Development of Creole Society in Jamaica, 1770-1820. The event will include readings, personal remembrances, and conversation about Brathwaite’s significance as a poet, historian, and critic, and the work of nurturing his living legacy.

Curated by Christian Campbell. Presented by the PEN World Voices Festival in partnership with The New School’s Eugene Lang College of Liberal Arts Department of Literary Studies and Program in Race and Ethnicity. 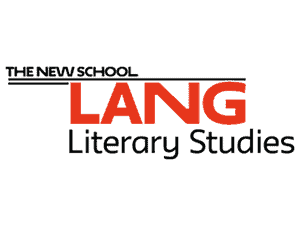 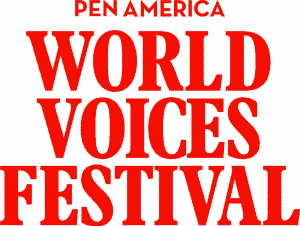 Honor Ford-Smith is an associate professor of cultural and artistic practices for environmental and social justice on the faculty of Environmental Studies, York University, Toronto. Her most recent production is Song for the Beloved, a performance cycle that commemorates those who have died as a result of state violence and the violence of armed strong men in the Caribbean and its diaspora. As founding artistic director of the Sistren Theatre Collective in Jamaica, an early Black and Caribbean feminist organization, she co-authored and edited Lionheart Gal: Life stories of Jamaican Women. Her publications include numerous scholarly articles; 3 Jamaican Plays: A Postcolonial Anthology; and My Mother’s Last Dance, an anthology of poems.

Aracelis Girmay is the author of the poetry collections Teeth, Kingdom Animalia, and the black maria. She is also the author/illustrator of the collage-based picture book changing, changing. For the past few years, Girmay has been studying texts and other materials that, through form, language(s), diction, and gesture, think about place and loss of place (or displacement). She is the editor of How to Carry Water, a selection of Lucille Clifton’s poems. Girmay is the writer-in-residence at the Pratt Institute and is on the editorial board of the African Poetry Book Fund.

Born in Tobago, M. NourbeSe Philip is an unembedded poet, essayist, novelist, playwright, and independent scholar who lives in the space-time of the City of Toronto where she practiced law for seven years before becoming a poet and writer. Among her published works are the seminal She Tries Her Tongue; Her Silence Softly Breaks; the speculative prose poem “Looking for Livingston: An Odyssey of Silence;” the young adult novel, Harriet’s Daughter; the play, Coups and Calypsos, and four collections of essays including her most recent collection, BlanK. Her book-length poem, Zong!, is a conceptually innovative, genre-breaking epic, which explodes the legal archive as it relates to slavery. Among her awards are numerous Canada Council and Ontario Arts Council grants, as well as the Pushcart Prize (USA), the Casa de las Americas Prize (Cuba), the Lawrence Foundation Prize (USA), the Arts Foundation of Toronto Writing and Publishing Award (Toronto), and Dora Award finalist (drama). Philip is the 2020 recipient of PEN/Nabokov Award for Achievement in International Literature.

Christian Campbell is a poet, essayist, and scholar. He is the author of the widely acclaimed poetry collection Running the Dusk (2010), which was translated into Spanish by Aida Bahr and published in Cuba as Correr el Crepúsculo (2015). His work has been published, featured and reviewed in The New York Times, The Guardian, Small Axe, The Financial Times, and elsewhere. He recently appeared on Democracy Now to address issues of climate change and colonialism. He delivered the annual lecture in honor of Derek Walcott for Nobel Laureate Week and was an invited poet at Poetry Parnassus for the Cultural Olympiad of London’s Olympic Games. He has contributed to numerous books on visual artists for major international exhibits and won the Art Writing Award from the Ontario Association of Art Galleries for his work on Jean-Michel Basquiat. He is the narrator of Jongué, a nomad’s journey, a new film by Carlos Ferrand on the photographer Serge Emmanuel Jongué.

Kamau Brathwaite was a Caribbean poet and scholar born in Barbados. He was the author of numerous collections of poetry, including Elegguas(2010), the Griffin International Poetry Prize winner Slow Horses (2005), Ancestors (2001), Middle Passages (1992), and Black + Blues (1976). His first three collections, Rights of Passage (1967), Masks (1968), and Islands (1969), have been gathered into The Arrivants: A New World Trilogy (1973). He was also the author of Our Ancestral Heritage: A Bibliography of the Roots of Culture in the English-speaking Caribbean (1976) and Barbados Poetry: A Checklist: Slavery to the Present (1979). Co-founder of the Caribbean Artists Movement, Brathwaite’s honors include the Casa de las Americas Prize for Literary Criticism, the Neustadt International Prize for Literature, the Bussa Award, and the Charity Randall Prize for Performance and Written Poetry, as well as fellowships from the Fulbright Foundation, the Ford Foundation, and the Guggenheim Foundation. He lived in Barbados and New York City before his death in early 2020.