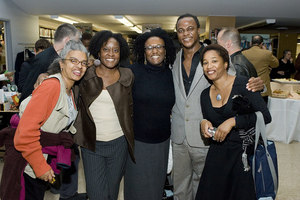 Discussed: the depth of whiteness, heterosexuality, and maleness as filters when processing culture and politics; what it is to be human; youth, recycling, and regeneration; Baldwin; the mythology of American history; Barbara Walters’s utterly complete whiteness; Ghost Dog: The Way of the Samurai; the one truly sexy thing America has created.