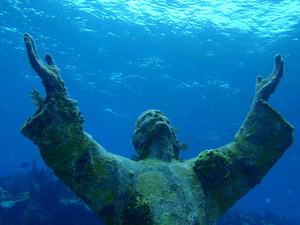 This week in the PEN Poetry Series, guest editor Robert Fernandez features eight poems by Sara Deniz Akant. About Akant’s work, Fernandez writes: “Sara Deniz Akant’s work flowers, rolls, scabs, heaves, and shudders. It’s like the sea, at sunset, peeling off its mask of gold electrified fleece. What remains? Rhythm, current, channel, braid and their recursive folding and refolding into tube, chit, slit, and pulse. ‘Just in time for the yellow balloon.’ Indeed. And just in time to expel images and rhythms that have the shiver of language seeing itself reflected back from abysses to PEN poetry pages to the meat that is the body and a word and world that…troubles us, that hides and grinds behind us. These poems see and feel exactly, wildly, with drive and radiance. Doesn’t everyone know a poem when they see one? An electrified mask of gold fleece when they see one?”

Tolac looks down into the water
ten seconds later sees a flower
the future of his leaving-beast.

in the vista lies a background and it rises up for now. as once it rose to raise
the sunken ships out on the prowl. she loved the men fell through the party’s
( partly ) stationed door. the same we have been pounding here for hours, body 12.

now cross the waste to scratch the floor
do you not ever talk the men will wear
their white coats at the table. so three
will stand as table for
la Marté tabé tire

without sympathy for
the abyss. ‘twas motus–ad-
continuus. what onward
nude had rose before
he said he had his name.

nor abacus – nor cross.
what then was he unfolding
– them? the miracle of the double
is a double-stationed whip.
the undivided specter that
was stooped. the nose-piece
of a golden socket – metal
backs and hairy palms – ‘twas
motus-ad-continuus.

each lock they proved saw nothing but
regard the wilting salt
a ball of meat – a cooling pool
he sought the thing they sought.

at all his depth. a horse
cries through the fog.
the little lion balconies
did stoop before his loss.

O bare-skinned double – your vista
every gateway – your shape in every clock.

a land – a breeze.
the blue below.
arrival of the slugs.
the mud of things
that grow against
the prick of every morn.

what motus draws in first? the force
with which the doors he kept
runs deeper toward
the shore.