Despite efforts to make New York City a sustainable home for all, issues like environmental racism continue to impact those who are most marginalized in our city. From lack of green spaces, food deserts, and negligible access to quality air and water, we are a long way from tackling head-on the issues that New Yorkers face in the face of climate change.

The climate crisis intersects with and aggravates social injustices that are endemic to New York City, including racial, economic, and health inequalities. Below, you’ll find a list of key terms, city-specific policies, book recommendations, and other resources to help break down how climate change affects New York City. 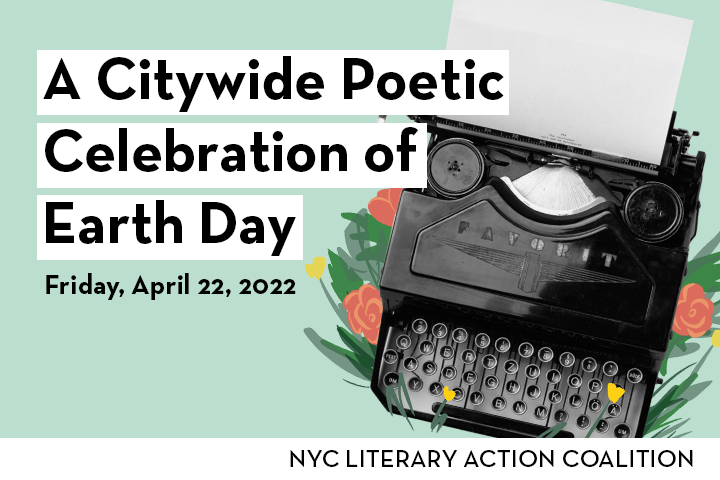 This term, coined by African American civil rights leader Dr. Benjamin Franklin Chavis Jr., points to the reality worldwide that environmental disasters, such as natural catastrophes and pollution, disproportionately inflict damage on communities of color, not limited to low-income neighborhoods. New York City is no exception.

This happens because federal and city governments implement racially discriminatory green policies, targeting predominantly Black and Brown neighborhoods as sites of (or in proximity to) landfills, busy highways, or other pollution sources. You can read more about the impact of environmental racism at Yes Magazine’s “10 Examples of Environmental Racism.”

Just last Fall 2021, there was an outbreak of Legionnaires’ Disease, a type of pneumonia that is transmitted through infected water vapors, in Central Harlem that led to 18 hospitalizations. Legionnaires’ disease disproportionately affects Black communities in addition to low-income neighborhoods. Preventing the spread of this disease requires proper maintenance of water systems. Read more about how this illness affects New Yorkers as a case of environmental racism.

This issue, which leads to unaffordable housing, happens when environmental investments in neighborhoods raise the property value of the area and force low- to middle-income residents to leave their homes. Although the intention behind these projects may be to create green property in order to combat climate change, the results deepen social inequalities. Renovations that lead to green gentrification include creation of green spaces, park cleanups, and riverbank restorations that are supposed to help the community, but ultimately just end up displacing the people who already live there.

The NY High Line is an often-cited example of environmental gentrification in the city. Originally, the structure was an elevated railroad created in the 1930s that became abandoned in the 1980s. Plans to turn the High Line into a green park began in 2004 as part of a project to revitalize the West Chelsea area, a proposal that was approved by then-Mayor Bloomberg. The last construction ended in 2019. On one hand, the project revived the structure, which now attracts millions of visitors each year and displays artistic exhibits and lush greenery. While the project was initially intended to revitalize the neighborhood, a 35.3% increase in housing costs led to the gentrification of the surrounding area, which forced low- to middle-income residents to move from the area, and led to the closure of local businesses.

A person displaced from their home due to climate change is often called a climate refugee. The evacuation might be a direct consequence of the actual disaster. Other times, the economic repercussions in the aftermath of the disaster become too costly for residents to stay in their homes.

Brooklyn’s Canarsie and nearby areas in the Jamaica Bay were hit hard by Hurricane Sandy and worsened already-existing impacts of water devastation. Many Canarsie residents who lacked the resources to fix the damage in subsequent years had to leave their homes and move away, some even leaving the country. You can find out more about NYC’s climate refugees in this article about “New York’s Invisible Climate Migrants” or “NY: Where Environmental Justice, Climate Migrants and Climate Gentrification are Fast Converging.”

Some areas in New York City are food deserts: places that lack access to healthy and affordable food options. The precise definition of food deserts, according to the U.S. Department of Agriculture, is that “a significant number (at least 500 people) or share (at least 33 percent) of the population is greater than ½ mile from the nearest supermarket, supercenter, or large grocery store for an urban area or greater than 10 miles for a rural area.” A 2014 study by Johns Hopkins University that compared food accessibility in communities of similar poverty levels found that in urban areas Black communities were disproportionately situated in food deserts. Food swamps, a related term, are places in which fast food and junk food options overwhelm healthier alternatives.

Ecopoetics is a poetry subgenre that carries an environmental message or focus and specifically explores the interconnectedness of people and the natural world. Professor and writer John Shoptaw at the University of California Berkeley points out that an ecopoem must not be human-centric or “anthropocentric,” and that it should further portray nature as being at risk with an “urgent” and “unsettl[ing]” tone.

Some of the recommended books below explore the poetic connection between people and the natural world, specifically those most marginalized in places like New York City and beyond.

On March 10, 2022, New York City Mayor Eric Adams laid out his visions and plans for the city in “Rebuild, Renew, Reinvent: A Blueprint for New York City’s Economic Recovery,” which included some environmental policies. Here are two NYC infrastructures mentioned as sites of environmental and economic change:

Hunts Point Produce Market: The city will partner with the Hunts Point neighborhood in the Bronx, “home to over 120,000 residents, 8,000 workers, and the largest wholesale food distribution facility in the country,” to “invest in open space, greenways, and programs to support access to healthy food, healthcare, and industrial jobs.” In an attempt to address the city’s food deserts, the city will also redevelop the market’s food supply chain: the source of 25% of the city’s “fresh produce.”

In addition to policies and plans from the Mayor’s office, environmental justice groups and organizations, along with other city and state constituents, continue to push for more immediate and sustainable approaches to tackle these issues:

Other NYC Policies and Plans:

Know Your Elected Officials and How to Contact Them

Mayor Eric Adams recently announced he would be streamlining New York’s environmental departments into one: The Climate Leadership Team. However, it is up to NYC citizens to make them aware not only of opportunities to abate climate change, but any instances of environmental racism. Please contact them and their respective departments.

Poetry and the Environment

All The Flowers Kneeling by Paul Tran

“I love All the Flowers Kneeling by Paul Tran because it links together complicated trauma, effects of colonialism, and generational immigrant experiences with the beauty & harshness of nature. It links the world around us to our histories in our bodies and the importance of that relationship.” – Lucy Yu, Yu and Me Books 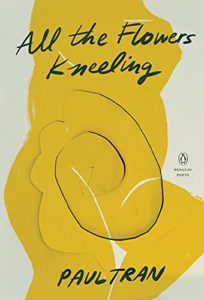 “Reading poetry can be challenging. But when a Mayan poet’s work, written in K’iche’, is translated into both Spanish and English, the interpretation game becomes even more fun. Making one’s art accessible to multiple languages is a powerful move, especially when your mother tongue is an ancestral language. And although Guatemala is home to a large number of Mayan communities, the long history of social and ecological injustice is still ongoing. It is said the world loses a human language every two weeks. In light of this, Aquí era el paraíso / Here Was Paradise is a treasure to hold tight; a view of a world that not long ago could be called paradise.” 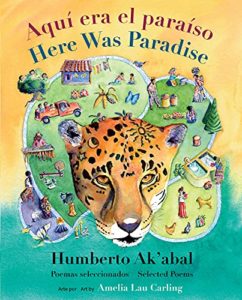 “Like Jamaica Kincaid in A Small Place and Haunani Kay Trask in From A Native Daughter, in this excellent poetry collection Craig Santos Perez traces the legacies of American, Spanish, and Japanese imperialism and connects them to the various environmental issues affecting Guam. This book demands that we think more expansively about the history of environmental racism in Guam and around the globe.” – Alejandro Heredia, PEN America 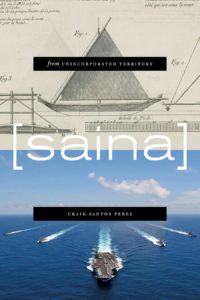