In this week’s Illustrated PEN, we present a comic by cartoonist Dylan Edwards on Alison Bechdel’s Fun Home. This comic first appeared on The Nib as part of a feature for Banned Books Week 2017, presenting six cartoonists on their favorite censored books.

See PEN America’s feature on Banned Books Week 2017 for interviews with authors whose books featuring characters of color, characters who identify as LGBTQ, or characters who are questioning their sexual identities have been challenged or banned. 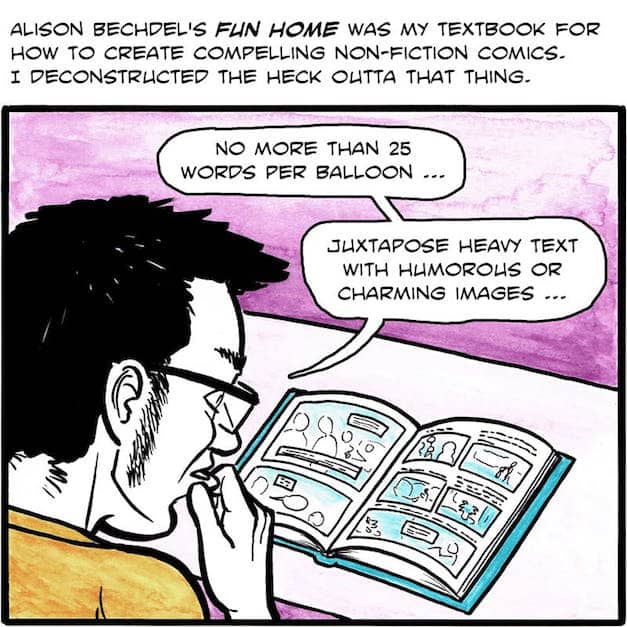 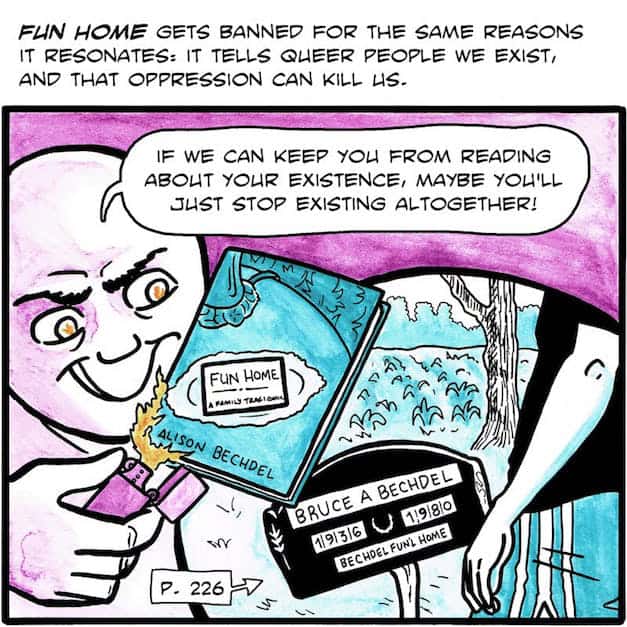 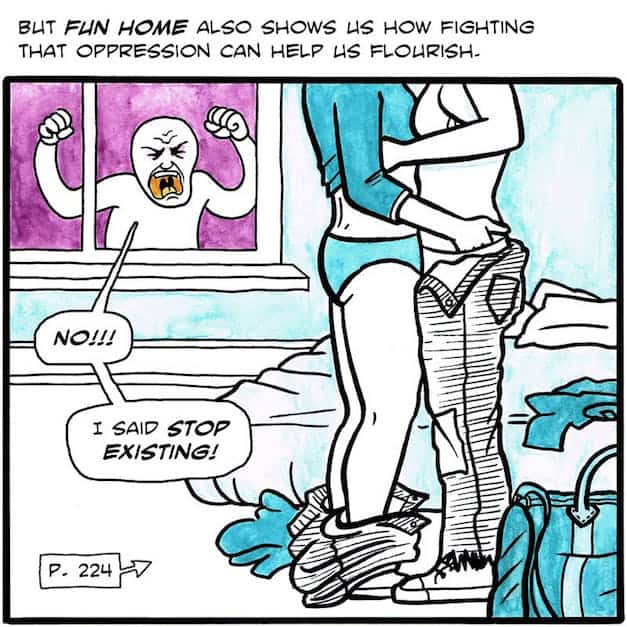 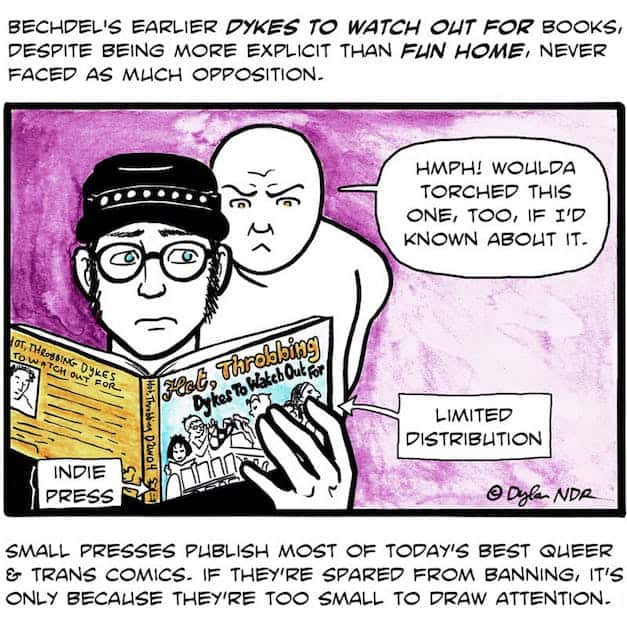 The comics of Dylan Edwards have been featured in several notable anthologies, including the Ignatz Award-winning QU33R (Northwest Press, 2013), the Lambda Literary Award-winning No Straight Lines (Fantagraphics, 2012), and the Lambda Literary Award-winning Beyond Anthology (Beyond Press, 2015). He is the author of Transposes (Northwest Press, 2012), a graphic novel about queer-identified transmasculine people. In 2016, the National Lesbian and Gay Journalists Association honored him with their Award for Outstanding Transgender Coverage.