Dog Who Bore a Star 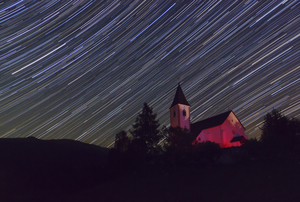 This piece was read by Fedor Alexandrovich at the opening night of the 2015 PEN World Voices Festival. The theme of the night was “the future is now,” and leading writers from around the globe were asked to present their worst- and best-case scenarios for where the world may be in the year 2050.

The slight squeaking was interfering with my crying. The poorly lubricated wheels of the small table with food and a marshal figure on top were squeaking. I came up without hiding my tears. The food was getting cold after traveling from the kitchen to the office, and the golden bowl was equipped with a heating spiral. The bowl—a golden mollusk comfortably lying in one’s hand. I threw the snail-bowl in the marshal’s face. And the world started fogging up with tears, my golden tears. The gold was spreading in everything like fungus—the ceiling, walls, the tailored attire of the dead chef-marshal, whose face had become golden because of the bowl nailed in his skull. Everything was golden, except my friend who was stained with darkness and stillness. He wasn’t talking to me anymore, like the way it’s common among friends—with their eyes. People hide their eyes or bite with their eyes. Dogs are more sincere and each one of them is even more sincere than the general, and my dog is more sincere than the whole world. Why does a chef need to live if the eaters die? Nothing will bring my brother back to me, my dog. His eyes are even more dead—I don’t see that endless love nurturing me. You are where the answers are, but there’s no questions. I have the answers in three thin folders on the table with a thick black shade under each one of them. Every day brings three new folders—blue with exterior enemies, white with interior enemies, and red—with really scary enemies in the skin of your friends who have access to my 97-year-old golden body given to me by the humanity that beat death. But the thoughts of the enemies carry death and bear a corpse. The corpse is an unwanted child—fruit of a sin of the love between God and the Devil—this combination is called “life” and it stinks. Everyone stinks and everyone is pregnant with a corpse, ideas about the end—fear. I am the happiness of the world, I am immortal, and today would have been the best day in my life if my dog hadn’t died, which I consider to be the worst geopolitical mistake of the twenty-first century.

I let the ministers go, and then took out something sacred, hairy, and big. My teddy bear I used to sleep with when I was a child. And the teddy bear was sometimes a big, hot, heavy, and cuddly creature, and sometimes a submissive and moist female. I petted and kissed the teddy bear’s belly. I decided to kill the bear. It happened. And as I was tearing apart the soft tissue, I could feel how my mouth was filling up with its curly fur smelling of the cough syrup from my childhood, the smell of my mom. She was in the belly. Mom wrapped in white cotton as if in a bridal gown. My red mom focused on the print of my tongue. Kuzkina mom—red button—I licked it, and the rackets were lifted everywhere. The empire was swelling with rackets; they stood up and became tense in Moscow, Los Angeles, Melbourne and Greenland, Saransk and New York, the entire Russian world with no borders. It was ready for the final act. Rackets—sperm cells always ready to ingrain themselves into the ovary of the Earth, erupt with a sunny cell of an atomic explosion. Believe me—I am a politician, and you know politicians never lie. I was playing with pressing the button with my tongue, how all of a sudden someone’s voice said a strange word and my tongue twitched with a slight trembling sensation, I finished and the rackets started. A colossal shout of 2050 came out, not a fearful shout, but a deprivation shout. A cry of happiness.

The scream was coming out of the Earth liberating itself from clothes, cover, stone and life, from fat dung, Russia, to become itself—a star napping in the core of the planet. And that same moment against the golden background of the explosion I saw Him—a friend. HE stood up and looked at me with eyes in which fire reflected, bloody fire eyes, HIS mouth opened. Whining very articulately, he was pronouncing this strange word—Dickhead. Turns out nobody loved me. Not even the dog.