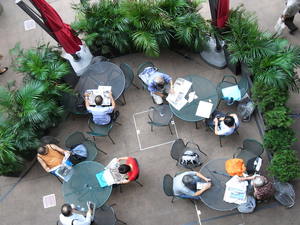 The abrupt dismissal of four columnists from the popular daily newspaper the South China Morning Post (SCMP) in late May is another troubling indicator of the shrinking space for free expression in Hong Kong, PEN American Center said today.

Veteran SCMP journalists Philip Bowring, Frank Ching, Kevin Rafferty, and Steven Vines were told that their regular columns in the prominent English-language newspaper were no longer needed, although they remain free to compete for freelance publication. Former SCMP employees and local media observers have recently voiced concern that the paper’s independence is under threat due to the business concerns of its owners, and that it is increasingly shying away from criticizing the mainland Chinese government. SCMP is owned by the Malaysian-Chinese Kuok family, which maintains considerable business interests in mainland China. In a January 2015 report, Threatened Harbor: Encroachments on Press Freedom in Hong Kong, PEN documented a number of areas of concern for press freedom, including politically-motivated dismissals of journalists and editors at several major papers, a troubling rise in physical attacks on journalists and media owners, and economic pressures on independent news outlets.

“Hong Kong has long served as a beacon of press freedom in East Asia, but an increasing number of apparently politically-motivated firings of journalists casts a worrying shadow over the independence of the media there,” said Karin Deutsch Karlekar, director of PEN’s Free Expression Programs. “The international community must continue to vigorously monitor and defend free expression in Hong Kong to keep it from slipping further behind the curtain of Chinese censorship.”