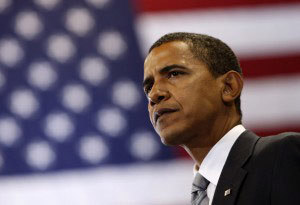 Arguing that the United States owes a public debt to those who refused to support or participate in torture, PEN American Center has joined with nine other leading human rights organizations in calling on President Obama “formally to honor the soldiers and public servants who, when our nation went off course, stayed true to our nation’s most fundamental ideals.”

Following is the letter we sent.

We were among the many Americans who strongly supported your executive order prohibiting American personnel from using torture. As you said when you issued the executive order in January 2009 and again at the National Archives in May 2009, torture is inconsistent with our laws and our values and counterproductive as a matter of national security policy.

We are writing to you now to urge you formally to honor the soldiers and public servants who, when our nation went off course, stayed true to our nation’s most fundamental ideals. Honoring these brave men and women would be important in any circumstances, but it is especially crucial now because some have used your administration’s success in locating Osama bin Laden to reopen the debate about torture and to propose that the United States should once again adopt torture as a method of gathering intelligence. Formally commending those who rejected torture would send a necessary message that torture is—and will always be—inconsistent with who we are as a nation.

In your remarks at the National Archives, you reflected on the United States’ response to the terrorist attacks of September 2001. You said, rightly, that “all too often our government made decisions based on fear rather than foresight.” Perhaps worst of all, as you observed, “during this season of fear, too many of us—Democrats and Republicans, politicians, journalists, and citizens—fell silent.”

Not everyone remained silent. As advocates from the ACLU and PEN American Center recently observed, “[t]hroughout the military, and throughout the government, brave men and women reported abuse, challenged interrogation directives that permitted abuse, and refused to participate in an interrogation and detention program that they believed to be unwise, unlawful and immoral.” There were soldiers and government employees alike that recognized—as you did—that in using torture not only had we “failed to rely on our legal traditions and time-tested institutions” and “failed to use our values as a compass,” but that we had compromised the security we sought to protect.

We owe a debt to the public servants who rejected torture. The U.S. government has a long history of honoring the brave acts of our soldiers and public servants who have courageously taken a stand to preserve our government’s integrity and American values. Recognizing those who opposed the violation of the most fundamental humane treatment standards would send a message to current government personnel across all agencies that they have a personal responsibility to ensure that torture prohibitions are upheld. Today, as voices are raised once again in support of torture, your administration should reinforce the public’s understanding that our national values require a complete rejection of prisoner abuse.

Honoring those who stood up against cruelty would not exhaust our national responsibility to reckon with the abuses that were committed in our name, but it would be a significant step, and a crucial one. By officially acknowledging those public servants who safeguarded our principles even as fear caused us to compromise our commitments, your administration would send a clear message to all Americans about who we are and what we stand for as a nation.