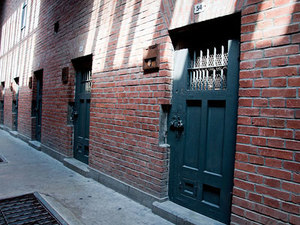 Today marks the 30th annual Day of the Imprisoned Writer, a yearly commemoration of writers around the world who have been imprisoned, harassed, or even silenced completely by death. While we at PEN are proud to be moving into our 90th year, we continue to work towards the time when this sort of day is no longer necessary.

As Chinese writer Murong Xuecun wrote in a stunning piece in the Guardian on Friday,  “A single man captive, the whole of man captive … At the moment his freedom was arbitrarily taken away, your freedom came under threat.”

This year, we are particularly concerned by the recent arrest of our colleague, Ragip Zarakolu, who has been moved to a high-security prison outside of Istanbul since his arrest on October 28. He has been officially charged under Turkey’s anti-terrorism laws, and there are mounting concerns for his well-being. Today, we encourage you to e-mail a letter of appeal to the Turkish Minister of Justice on Ragip’s behalf.

In addition to Ragip, PEN centers around the world are calling attention to six other writers under threat. Nedim Sener and Ahmet Şik, also from Turkey, are on trial for their books on official investigations into a neo-nationalist organization. Reeyot Alemu, from Ethiopia, has been held incommunicado since her arrest in June. Tashi Rabten, a Tibetan imprisoned by the Chinese government, is serving a four-year sentence for “separatism.” Abdul-Jalil Al-Singace, from Bahrain, was picked up during the unrest in his country this year and is now serving a life sentence. And then there is Susana Chavez, who is among the nine journalists and writers murdered in Mexico in this year alone. Find out more and take action now.

Want to do more?