Cavafy Before He Was Cavafy 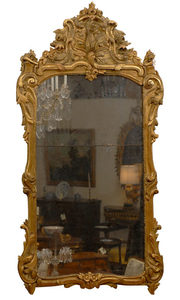 Why do they insist on remembering us as old men? The profile frowning on the plaque or the statue standing regally in the park almost inevitably depict the vanished hero as time-worn, if undaunted; the slightly battered survivor of his own remarkable life.

If you’re famous and deceased, the world that lives after seems to believe you were old all your life.

So let’s pass, for tonight, on the aging, mournful Cavafy, holding court in his apartment full of knick-knacks; the Cavafy with the plain and somber, elderly face; the Cavafy who pined so lyrically for the stolid, careless young men to whom Cavafy—a great spirit, a sizzling and immaculate soul—might just as well have been part of the chair in which he sat.

For tonight, let’s have Cavafy when he himself was the young man who, decades later, he’d come to so desperately desire.

Let’s have him strolling near the Roman Baths in Alexandria on a bright, warm afternoon.

Let’s give him a determined stride, and supple hips. Let’s furnish him with the intense, finely-drawn face he wore in his twenties. It’s not a handsome face but it’s compelling. Sexy in a stern and circumspect way.

Let’s focus on his moist, mocha-colored eyes and his smallish mouth, all but hidden by his black mustache. A shy mouth. A mouth that could conceivably be cajoled into being fed grapes, one by one, if you got him alone, in the right room.

There’s something sexy about a serious young man; about what he suggests regarding the possibility of his own undoing.

Let’s send him, hurried and businesslike, past a certain café, where an old man sits hunched over his coffee.

The old man, watching the young Cavafy pass, is stricken by a strange tumble of feelings. There is of course lust—the intent, dark-eyed face, with its precocious aspect of gravitas; and then, after Cavafy has walked on, the tapering back and the melon-y buttocks, moving gracefully under the grey serge of his trousers.

For the old man there is, as well as desire, the lift of having briefly witnessed Cavafy’s beauty, combined with the loneliness Cavafy leaves in his wake. A magical being has passed by—a sober young man, heartbreakingly unaware of his own grace—and now there’s just the street again, with its cigarette butts and its wind-rattled newspaper.

This old man (who is not a poet, who when he dies will leave nothing but a few hundred Egyptian pounds, and an apartment full of brown furniture) takes a last sip of his lukewarm coffee as young Cavafy turns a corner, and disappears forever.

Cavafy—our Cavafy, this young Cavafy—continues along, unaware of the fact that he’s briefly been another man’s ardent, thwarted dream.

Our Cavafy, this Cavafy, has business to attend to; he has the day ahead of him. He has his life of errands and assignations, of ambition and anticipation. It will still be many years before he takes his own place in that chair, at that table.

THE MIRROR IN THE ENTRANCE

In the entrance of that sumptuous home
there was an enormous mirror, very old;
acquired at least eighty years ago.

A strikingly beautiful boy, a tailor’s shop-assistant,
(on Sunday afternoons, an amateur athlete),
was standing with a package.  He handed it
to one of the household, who then went back inside
to fetch a receipt.  The tailor’s shop-assistant
remained alone, and waited.
He drew near the mirror, and stood gazing at himself,
and straightening his tie.  Five minutes later
they brought him the receipt.  He took it and left.

But the ancient mirror, which had seen and seen again,
throughout its lifetime of so many years,
thousands of objects and faces—
but the ancient mirror now became elated,
inflated with pride, because it had received upon itself
perfect beauty, for a few minutes.