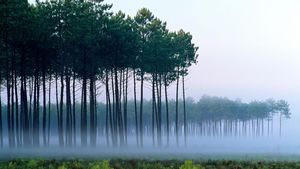 This week in the PEN Poetry Series, PEN America features a poem by Tyler Brewington.

That’s the phrase you use when it runs out

words by which you indicate your lost abundance

to have it back, to say mine is used up

now I need yours

I need you to remember and accept

the provisions made for this

there is a storehouse

somewhere under a mountain, I need you

to flip the switch or open the gates or otherwise

do what you do when you bring it to me

And there follows a great many sighs

a great many complexities, a great shuffling, a rusty heaving

I myself am a tall drink of it

curling up at the sides, waving its red head and tail

though I didn’t have to ask, it could and would tell

that I was fickle, false, in love

I grew, explored the interior

under the blanket with a flashlight

from outside could come inside me

really kill around in there

many sex lessons buried beneath the sex pyramid

had more to do with death than with the problem

the problem of chronic scarcity

showtunes and other art I disliked

but would suffer in exchange for orgasms

I was thankful for labels

an abstracted vegetable floating in a white field

was exactly the feeling I wanted meals to evoke

a time of pure surface

I had faith in people

the way Earth has Moon

the way a cat’s named Kitty

the way god trusts me to know sin

but I will die grateful

for the adolescence I got to have offline

that pines sometimes obscured the view

was entirely the point

perhaps it is all for the best

how the rose garden interrupts the deep creepiness

of the trees, how the gulch interrupts the city

once I stepped barefoot into something flyblown

it was a great lesson in inattention

a tent encampment and a discarded pair of pants interrupts

and electrospinning, and with these and a spinneret

that’s where extrusion fibers come from

many people don’t care to think much

about clothes, I’m sorry for them

I care a great deal about clothes

money with which to buy them

how scary I am in the right outfit

moving with purpose into the forest

where I pick up a bundle of sticks

and shape the bundle into a beast

and breathe life into the beast

and love and celebrate the beast

lead it burning and clacking into a heterosexual

where I have been making small talk about water

because it is a distant and polite disaster

and aside from the thing with the beast

if you know what I mean

what I mean is that the magic of the box canyon

isn’t the echo, though that’s great

you get the one good one