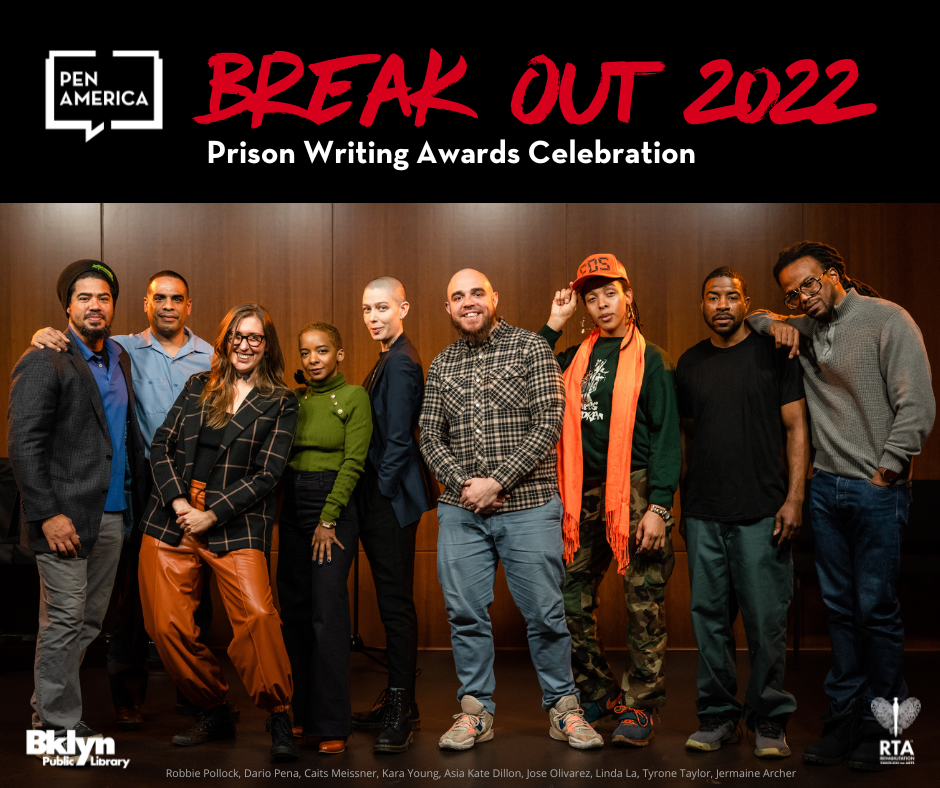 PEN America celebrated the winners of its 2022 Prison Writing Awards as it launched the new anthology, Variations on an Undisclosed Location, with an event at the Brooklyn Public Library.

Also included in the program?

The evening was livestreamed on Brooklyn Public Library’s YouTube channel, and released writers and currently incarcerated writers’ family members were able to tune in.

“When we present the work of incarcerated writers, we want to weave in as much of the author’s voice and presence as possible,” said Robert Pollock, Prison Writing Program Manager. The team reached out to winning writers to ask what visuals they might picture as a backdrop, and projected them on the screen.

PEN America partnered on the event with Brooklyn Public Library, Rehabilitation Through the Arts, and Die Jim Crow Records. 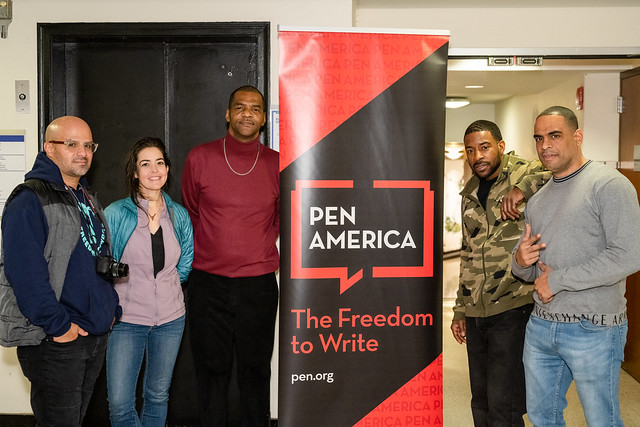