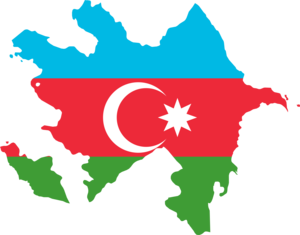 Sport for Rights Coalition Calls on Formula One Group to Act

The Formula One Group leadership should urge the Azerbaijani government to release unjustly imprisoned activists and journalists ahead of the European Grand Prix in Azerbaijan, said the Sport for Rights coalition today.

Azerbaijan will host its first Formula One European Grand Prix race June 17-19, 2016, in the capital, Baku. The Azerbaijani government has sought to host a number of high-profile sports and other events in recent years, including the inaugural European Games in 2015, while cracking down on human rights activists and critical journalists, as event organizers stayed silent.

“Formula One leadership has a crucial opportunity to press the Azerbaijani government to make concrete steps to improve its human rights record ahead of the Baku Grand Prix,” said Jane Buchanan, associate director for Europe and Central Asia, at Human Rights Watch. “If it remains silent, Formula One risks condoning the government’s efforts to benefit from the prestige of international events, while silencing domestic critics, without consequences.”

In recent years, the government of Azerbaijan has undertaken a systematic crackdown on journalists, media outlets, and independent activists. The authorities have arrested or imprisoned dozens on politically motivated charges, including Azerbaijan’s best known investigative journalist, Khadija Ismayilova, and opposition politician Ilgar Mammadov. The government has also forced numerous independent groups critical of the government to cease operations.

The Formula One Group has explicitly acknowledged its human rights responsibilities, in a policy that states it is “committed to respecting internationally recognized human rights in its operations globally.”

In a letter to Bernard Ecclestone, Chief Executive of Formula One Group, the groups urge Formula One to speak out publicly against the Azerbaijan government’s crackdown on critics and call for the release of those wrongly imprisoned.

“It’s commendable that Formula One group recognises its human rights responsibilities, but the policy has little meaning unless the leadership insists on respect for fundamental human rights protections in the countries that host the Grand Prix,” said Rebecca Vincent, coordinator of the Sport for Rights campaign. “If the Azerbaijani government wants the reputational boost of being a global sporting host, it must also recognize its obligations to allow independent media and activists to speak freely, even if it doesn’t always like the message.”

The Azerbaijani government has taken some positive steps in 2016, including releasing at least 16 activists and journalists imprisoned on politically motivated charges. However, many outstanding, extremely serious concerns remain, and the government continues to harass and detain critics, the Sport for Rights coalition said.

In the letter to Formula One Chief Bernie Ecclestone, the coalition called the Formula One Group to take a number of essential steps, including calling on the Azerbaijani authorities to:

The coalition noted that during the 2015 European Games in Baku, the government prevented numerous leading international journalists from covering the Games, without any penalty or consequences from the Games’ organizers.

“Formula One Group has a chance to support the critical voices remaining in Azerbaijan and ensure the Grand Prix doesn’t repeat the human rights failures of the European Games,” said Emin Huseynov, director of the Institute for Reporters’ Freedom and Safety. “By using its unique position, the Formula One group can ensure that the legacy of the Grand Prix in Azerbaijan is not greater repression.”