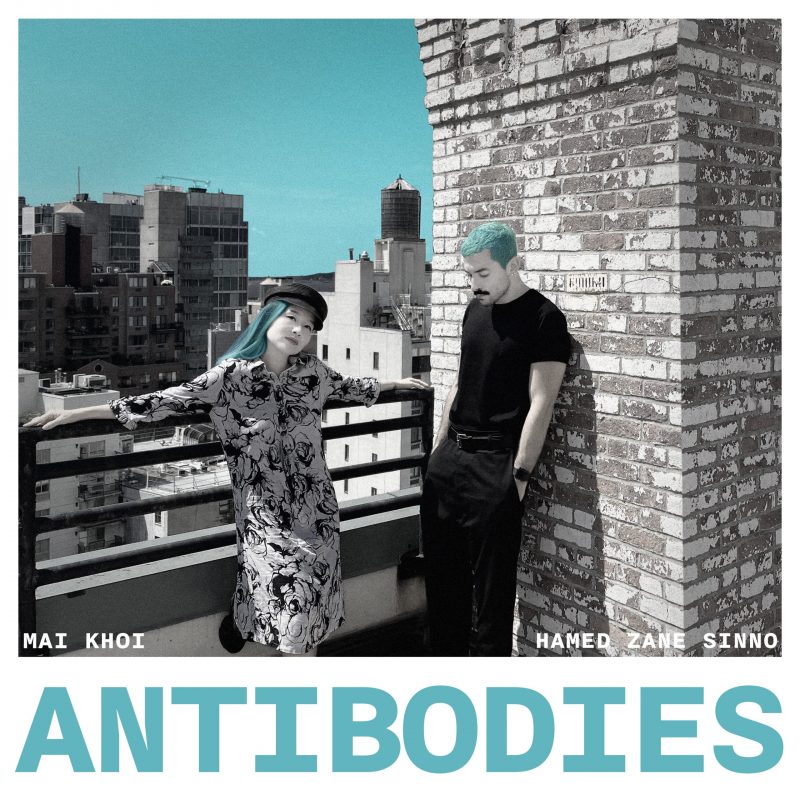 When the Artists at Risk Connection (ARC) of PEN America launched the #ArtistsxArtists campaign, which pairs artists to collaborate on a piece that engages human rights and free expression, we had two goals in mind: raise awareness about threats to artistic freedom and foster solidarity between artists. As such, we couldn’t be more thrilled about our second installment, which brought together Vietnamese songwriter and activist Mai Khoi and Lebanese vocalist Hamed Sinno—two world-renowned musicians who each have had to navigate profound risks to share their voices—for the song “Antibodies.”

Both artists have paid a steep price for their work. Khoi, who began her career as a hugely successful pop singer influenced by everything from traditional Vietnamese folk to blues, soul, and rock, made international headlines when she ran for Vietnam’s National Assembly on a pro-democracy platform in 2016. Though she was quickly and unfairly disqualified, she continued to battle state censorship and human rights abuses in Vietnam. As a result, she was threatened with arrest and imprisonment, stalked, evicted from her home, and harassed by police and politicians. During this time, her concerts and CDs were regularly banned in Vietnam. The threats eventually became so severe that she was forced to flee to the United States and continue her work from abroad. She was most recently awarded an Artist Protection Fund Fellowship in residence at University of Pittsburgh, co-sponsored by International Free Expression Project and City of Asylum.

Like Khoi, Hamed has amassed a huge following in his home country as lead singer for Mashrou’ Leila, one of the biggest bands in Lebanon. In his lyrics, Hamed proudly embraces his queer identity, and as a result, he has faced years of toxic backlash and harassment. This campaign of hate reached a boiling point in August 2019 when the Byblos International Festival, one of the country’s biggest music events, was canceled after festival organizers were accused of blasphemy and received death threats because of Hamed’s lyrics and posts he had shared on social media. Fearing for his safety, Hamed was forced to separate from the band and go into self-exile in the United States.

When ARC brought Khoi and Hamed together over video chat, the artists—like millions of us—were weeks into the COVID-19 lockdown. A few days after they first spoke, George Floyd was killed by police in Minneapolis. Khoi joined the marches that spread across the country and found herself wondering whether the current conditions of human rights in the United States were really so different from what she had witnessed in her home country. Inspired by these troubling and unprecedented events, she picked up her Ting Ning, an ethnic string instrument she has described as having “a very small sound, like [the] voices of vulnerable people” and started playing a new melody. When she sent the music to Hamed, he was blown away. Without telling each other their translations, Hamed recorded his own beautiful, brooding vocal verse.

With the help of a producer, the song was mixed and finalized, and the result is breathtaking: a two-part exploration of the grief of injustice and loneliness, compounded by the health crisis and plague of human rights violations. From Khoi’s ethereal instrumental arrangement to Hamed’s haunting, wistful verse, the song is an emotionally complex slow burn. At times, the track gives the impression of standing at a great height, surrounded by mist that only momentarily dissolves and reveals the depths teeming below. Magically atmospheric, the song not only captures the current moment’s sense of isolation and disorientation, but also the yearning and hope for a better future that is fueling unprecedented social movements across the globe.

In the time since the song was finalized, it feels like the world has continued to devolve. COVID-19 cases still rise globally; footage of black men and women being brutalized by police in the United States continues to emerge; Beirut, Hamed’s home capital, experienced a devastating explosion that killed hundreds and wounded thousands; and all around the world, artists and activists continue to find themselves attacked, imprisoned, and even sentenced to death.

And yet, artists like Khoi and Hamed have somehow found the strength to remain undaunted. We hope that their stunning song will offer a glimmer of hope, revealing both the power of art in dark times and the necessity of collaboration and solidarity in the face of global injustice.

I go to the street today
Demanding justice for the black brother who was wrongfully killed
Where is justice?
Where can we find justice?
Why is that policeman allowed to take a black person’s breath away?
Where I was born, there’s also no justice
Some own entire blocks; others don’t have any place to set up their parents’ altar
For 12 years, a mother demanded justice for her innocent son but the clowning justice would not budge
Where is justice? Where can we find justice ?
Our world is upside down
Our world is restless
Evil is rampant
Money holds the power
Mother earth is grieving
Politics in disarray
And little by little our values will no longer remain.

6 feet
Between what was promised & what is
Longing for familiar grief
For a world that was ugly but at least was known
And a hell that was other people
Four walls
This isn’t what the future was
A house is not a house
When a house becomes a life
Hell is 6 feet
2 x salvation*
But I don’t want to go back
To the way things were
Because they way things were
Was broken, for those who cannot win

*Note: this word does not easily translate to English, as it means both “salvation” and “enough.” 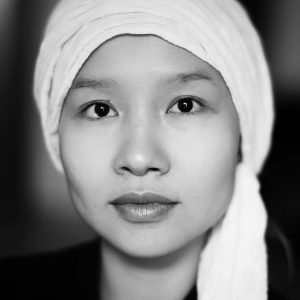 “This song is a conversation between artists from different countries who found each other in the middle of a pandemic. It documents emerging reactions to the pandemic and the antidote of solidarity to the isolation of social distancing spurred by the Black Lives Matter movement. I really enjoyed the organic way in which the collaboration unfolded.”
—Mai Khoi
Social: Twitter | Facebook | Instagram 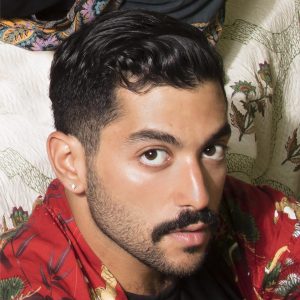 “It was an honor getting to work with Mai Khoi on writing ‘Antibodies.’ I’m very grateful that PEN America and ARC facilitated the introduction and allowed me the opportunity to watch her thought process, and share this very loaded moment with her. When we started writing, COVID had just recently forced all our lives indoors. Halfway through, the world witnessed the brutal murder of George Floyd and the protests it inspired against the continued racial injustice that plagues the U.S. and the world. While we didn’t physically meet each other until the song was complete, the dialogue offered a momentary respite from the solitude of life in quarantine, even though we were each writing in our native languages, and only told each other what we were writing about when everything was done. What transpired is something of a time capsule of both our experiences of living in isolation and trying to grapple with how the pandemic intersected with issues of racial justice and social inequality.”
—Hamed Sinno
Social: Facebook | Instagram | Spotify

The #ArtistsxArtists campaign was launched by the Artists at Risk Connection (ARC) to help raise awareness about challenges to artistic freedom and catalyze solidarity between artists and the art community. The campaign pairs established artists, emerging artists, and artists at risk—within and across disciplines—to create a collaborative art piece that engages pressing topics in creative expression and global human rights. By encouraging collaboration, the initiative aims to help artists at risk forge connections with other artists and cultural practitioners, generating a chain of solidarity that elevates visibility of threatened artists, bolsters their defenses in the face of worldwide challenges, and amplifies their vital voices. The inaugural #ArtistsxArtists installation was a collaborative political cartoon about the Hong Kong protests by Chinese dissident artist Badiucao and Italian cartoonist Gianluca Costantini.

You can still register for PEN America's #WhattoExpect2020 virtual town hall event TODAY with @NotPoliticians and @VotingIsLocal. Hear from @nancywyuen and @AghoghoEdevbie, about what voters in Michigan can expect for the upcoming election! https://bit.ly/3o8eqyg