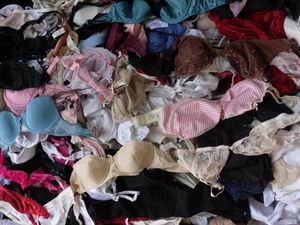 When Elsa Is Angry She Forgets About Stairs

When Elsa is angry she forgets about
stairs, about spiders about veins and
blood about time about coronations
about drunkenness. About Switzerland.
When she is angry she can forget
about you except when I remember
why I am angry it is because of
you. New York is over. I mean Versailles
is over. The bra hook buries itself
in our backs. The boys who won’t love me just
won’t love me. I sit on the subway hold
my hand. You are not the only one who
goes home and thinks about killing yourself.
Elsa removes her pants in bed.

Elsa Can’t Tell The Difference Between

I want all the lines that cut your ass—
panties, electric tape, the welts from black
whippings. Elsa can’t tell the difference
between the chocolate stains and the period
stains on her sheets. She is so sad. Is it
a lack of iron or is it mourning?
Elsa, what is mourning and can it be
learned. Elsa, how we start to tear from
the middle. When I forget who I am
I put on pearls and spray my perfume. The
only narrative I have running through
my head is I need someone to kiss me.
Like boats shaped like birds set to the west, her
heart will never be rid of its ghosting.

Elsa Was Stabbed To Death She Had Her Key

Elsa was stabbed to death she had her key
in the front door her foot on the street.
Elsa’s back was to the street she had
headphones on the cabs went past. Elsa
listened to music her music was loud
her death was music. Her boyfriend was away he
went to Wisconsin he doesn’t exist.
There was no reason it happened she deserved
it she was pretty she doesn’t exist. She
felt maybe in her past life she was
beautiful she was great. She felt maybe
in her future life she’d think this life was
beautiful it was great. The building smelled like
cumin there is nothing left to say.