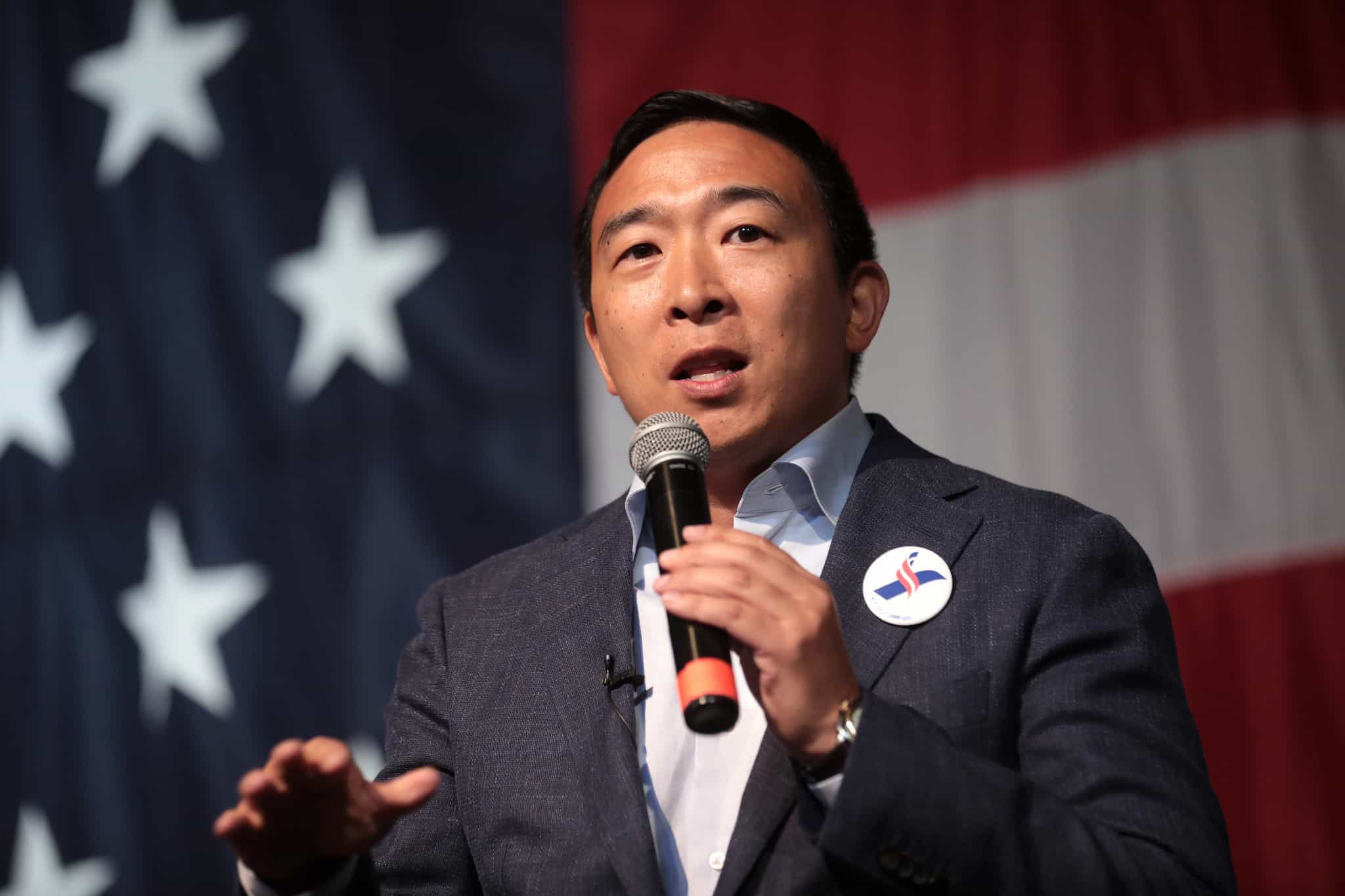 1. What do you see as the top three threats to free expression, including press freedom, in the United States today?

First, the public’s lack of trust in institutions, including the media and government, has grown over the years, serving as a major threat to free expression and press freedom. Second, the rapid advancement of technology has given rise to misinformation campaigns that are supercharged by social media platforms. This is best illustrated by the frighteningly realistic “deep fake” technology. Third, the role of money in politics means we need to reform campaign finance laws to reduce the outsized influence of corporations and the wealthy. Last, over 1,000 local newspapers have gone out of business in the past months which is itself the greatest threat to the freedom of the press – the fact that most communities will no longer have local journalism at all. [Read PEN America’s recent report on the local news crisis]. 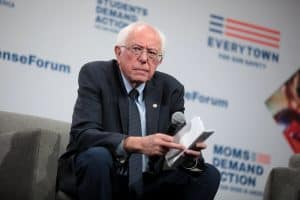 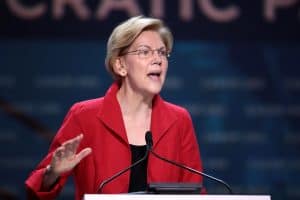 2. Americans from all political stripes have registered deep concern about the impact of fraudulent news and disinformation on our electoral process and our civil life. What steps will you take to ensure you and your supporters will not use or spread fraudulent news in your campaign?

Andrew views disinformation as one of the biggest threats to democracy. Without agreement over shared facts, it’s hard to agree over solutions. Our social media team is working with the DNC and various platforms to ensure that we’re tracking fraudulent news and not giving it amplification. Anything shared by the campaign goes through a verification process. [Learn about PEN America’s original research examining how disinformation affects our society].

3. Local journalism across America is in crisis – some 20 percent of all metro and community newspapers in the US have gone out of business or merged since 2004 and those that remain have made deep cuts to reporting. What steps would you take to shore up local journalism and its key role in democratic accountability at the state and local level?

Andrew has proposed a Local Journalism Fund program that will make grants between $25,000 and $250,000 to local media outlets, non-profits, libraries, governments, and public-private partnerships to catalyze transitions to new models of support. In many cases, the grants will serve as ‘Matching Funds’ for other committed support to demonstrate viability. The Fund will be operated out of the FCC and will be divided evenly among states proportionally based on the population of each state. [Read PEN America’s recommendations to foster strong local news around the country].

Additionally, Andrew will initiate the American Journalism Fellow program that will invest in journalists from every state in the Union to embed in each Congressional district and report on local news.

4. Federal courts have interpreted Section 230 of the Communications Decency Act of 1996 to provide social media platforms with immunity from liability for the content they disseminate. At the same time, there is growing public concern about the spread of Russian disinformation, hateful speech, harassment, provocations to commit violence, and other forms of noxious content on social media platforms. What, if any, reforms to Section 230 would you support to address the tech platforms’ accountability for content?

Section 230 of the Communications Decency Act (14) absolves platforms from all responsibility for any content published on them. However, given the role of recommendation algorithms—which push negative, polarizing, and false content to maximize engagement—there needs to be some accountability. Andrew would work to amend section 230 to create this accountability.

“…over 1,000 local newspapers have gone out of business in the past months which is itself the greatest threat to the freedom of the press – the fact that most communities will no longer have local journalism at all.”

5. In the wake of recent instances where connections have been drawn between hateful speech and acts of violence, some have proposed that we look to other democratic countries with laws that criminalize various forms of “hate speech.” Do you believe the United States should consider broader legal prohibitions on hateful speech, and what, if anything, do you believe should be done to curb the spread of hateful speech?

The internet and social media have made it much easier to spread hateful ideas and ideologies. While respecting First Amendment rights, Andrew’s administration would work with social media companies to combat the spread of violent rhetoric online, especially those that depict actual incidences of violence or call for specific acts of violence.

6. The murder of journalist Jamal Khashoggi drew the world’s attention to the Saudi government’s brutal suppression of its critics. Scores of Saudi activists have been detained and prosecuted for advocating for women’s rights and other freedoms. As president, what new steps would you take to push for the release of prisoners of conscience and the protection of human rights in Saudi Arabia?

While we must be pragmatic in our foreign policy in recognizing that we will often have to deal with countries that have values that conflict with ours, we should also be sure to always let our values lead us. A reset of the relationship with Saudi Arabia under this understanding would prevent us from getting involved in another conflict like the one in Yemen by centering our diplomacy around our values and ideals.

More broadly, as President, I would leverage the toolkit of options the United States has at its disposal to defend these values and rights. We must take action against detainment of activists and human rights violations. This includes restricting aid, and reconsidering security support and arms sales. It means considering the imposition of sanctions. It means passing resolutions at the United Nations. These efforts should be done in concert with our allies while we embark on a reset of the relationships with governments that have incompatible values.

7. Are you concerned about the climate of free speech on college campuses and what approaches do you believe can be most effective in ensuring that universities remain open to the widest possible breadth of ideas?

Andrew believes we need to encourage a climate where people can engage in dialogue without fear. We have become excessively punitive and vindictive about remarks that people find offensive or not in line with their world view. We need to move beyond that, and also find ways for people to be forgiven for statements they’ve made. [Learn about PEN America’s Campus Free Speech Project and our work around the country].

“We need to encourage a climate where people can engage in dialogue without fear. We have become excessively punitive and vindictive about remarks that people find offensive or not in line with their world view. We need to move beyond that…”

Additionally, programs like Andrew’s American Exchange Program, where high school seniors will travel throughout different parts of the country in groups to make friends from different backgrounds, will also help reinforce the importance of free speech. By visiting areas of America they otherwise wouldn’t and by learning about American culture that they would otherwise lack exposure to, new college students will better value different points of views.

8. What role will considerations of human rights and particularly free expression play in the United States’ bilateral relationships with both Russia and China, and what steps would you take to hold Moscow and Beijing accountable for violations of freedom of expression and assembly both domestically and outside its borders?

Andrew will expand sanctions against Russia, and Putin and members of his government specifically through the Global Magnitsky Act, to pressure the country to play by international rules. The US will engage in diplomacy that is led by our democratic values and national interests, and will be prepared to use its entire toolkit to cooperate and compete with all stakeholders.

Like most Americans, Andrew stand in solidarity with the people of Hong Kong and those who share our democratic values. Andrew will work with our allies to provide a model for democratic capitalism.

9. In our 2015 report, Secret Sources: Whistleblowers, National Security and Free Expression, PEN America documented a series of gaps in whistleblower protection. With renewed attention to the essential role of whistleblowers in uncovering official wrongdoing, how will you address these deficiencies in protection so that the American public can have the benefit of disclosures essential to ensuring our national security?

Andrew believes anyone serving in the Executive Branch should feel empowered to bring up any wrongdoing without fear of reprisal. Andrew will work with the Office of Special Counsel to ensure that whistleblowers are protected when they disclose information of wrongdoing within the federal government. He will also ensure that the Espionage Act is interpreted narrowly enough that it isn’t used to silence whistleblowers or journalists who expose wrongdoing by the federal government.

10. When you want to escape from politics, what book(s) do you turn to for inspiration, entertainment, or solace?

I tend to read books about the future by thinkers I respect and admire.

Free Speech 2020 is PEN America’s year-long initiative to highlight threats to free speech and showcase how we intend to fight back—by defending press freedom, fighting online harassment, combating disinformation, and upholding protest rights. As part of this candidate series, PEN America contacted all major presidential candidates for interviews. PEN America is highlighting our conversations with writers, artists, activists, journalists, and advocates who work at the intersections of creative expression and free speech throughout 2020. Learn more about our work here »