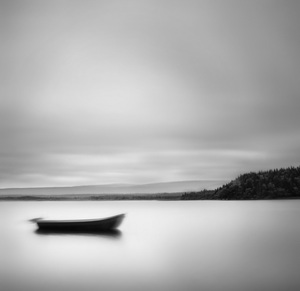 This week in the Guernica/PEN Flash series, we feature a piece by Alexi Zentner. Subscribe to the Series and get new flash delivered to your inbox twice a month—no spam or news, just stories.

This, of course, was in the late 1990s, when we’d been having divorces for long enough that every dinner party featured a new face, and when Jackson volunteered to start the game, there was a sense of expectation, since he was new to the group and there was the understanding that we did not actually know all of his secrets yet.

“When I was nineteen,” he said, “I killed two people who were riding a motorcycle. It was late at night and I was driving back from college after exams. I told the police that I had fallen asleep at the wheel, but really, I saw them coming and swerved toward them on an impulse, just to see what it felt like.” We were in the living room, late into the night, and as Jackson spoke, even Farley stopped moving, holding the bottle of Scotch in his hand, waiting to top up his drink. “That’s one,” Jackson said. “Two. A few months later, at a party, when I was back home from college for a weekend, there was a younger girl there, maybe fifteen. She was drunk. Really drunk. Too drunk to say no, and even though I was sober, I slept with her and didn’t bother using a condom. I think it’s safe to say that I more or less raped her. When she got pregnant, I denied ever having sex with her, and the next week she hung herself in her closet.”

Jackson stood up, leaned over the coffee table, and plucked the bottle of Scotch from Farley’s hand. “Thanks,” he said, and then splashed three fingers’ worth into his glass. Jackson’s fingers were long and slender, with a thick, rigid scar on the back of the finger where a wedding ring would have ridden, as if one had been removed by force. “And the third?” He paused again, gentling the bottle back on the coffee table and then settling himself onto the arm of the sofa. “The third. This happened last summer. I was out on my boat, quite a ways out on the lake, far enough that the buildings on shore looked like toys, and there was a woman swimming nearby. There wasn’t much wind, and instead of fussing with my sails, I was mostly just watching her swim. She was close enough that I could see she was attractive. Really athletic, you know? But I was also close enough to see that she looked exhausted. Like she’d gone for a swim and just now realized she was too far. Or maybe she was cramping up. She swam up to my boat and was calling to me and calling to me to help her, but I didn’t do anything. I just watched her trying to reach up to the rail, but with the ladder pulled up, it was too high. And after a few minutes of this, she went under the water and didn’t come up again.”

“That’s it,” he said. “One, two, three.” He took a sip from his Scotch, slow and measured, and then looked around the room. What he was waiting for, I don’t know, but it was finally Christian who spoke up.

“Holy shit, Jackson, it’s supposed to be two truths and a lie, not three horrible things you made up.”

Melinda, who was already too far into the wine, laughed. “You’re a better actor than I am, Jackson.”

Jackson glanced down and swirled the half-melted cubes of ice in his glass and then looked up with the smile that already felt familiar. It started with his eyes and then creeped down his cheeks until it reached his teeth. “Perhaps,” he said, drawing the word out, “I didn’t quite understand the game.”

Later, after I’d gotten to know him better, after I’d divorced Christian, and Jackson had left Melinda, but before Jackson and I started sleeping together, I thought to ask him about that night, about the game, but never did. And then, years after that, when we were married, we were out swimming in the lake, and he got back into the boat before I did. He pulled up the ladder up behind him. I laughed, and he laughed, and then he put the ladder back into the water so I could climb into the boat. We split up not long after that.