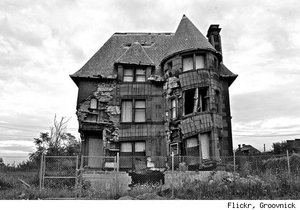 Today in the PEN Poetry Series, guest editor C.D. Wright features an excerpt from a poem by Zachary Schomburg, a portion of which also appeared in the PEN Poetry Series back in April 2013. About Schomburg’s work, Wright says: “Follows a short selection from Zachary Schomburg’s current work-in-progress, Agnes the Elephant. Zachary is one of the founding editors of Octopus, an online annual of the first rank. His books are The Man Suit (2007), Scary, No Scary (2009), and Fjords vol.1 (2012). The Book of Joshua is forthcoming from Black Ocean Press in 2014. He’s one of the Portland poets behind the Bad Blood Reading Series. He makes poemfilms; he translates Jacques Rebotier along with Alisa Heinzman; collaborates with Emily Kendal Frey, Ben Estes et al. The Lovely Arc is one of the places he inhabits on the internet. I do not know when or if he sleeps; what he does for grub or scratch. He is unmistakably made for this work. Poetry opens portals for him and he is the first with his hand up volunteering to wiggle through with little dread of the outcome, and sometimes there is sound reason for dread. He is a wordbound, ideafat bibliorat; this is good news for all of us. He wants to know what will happen on the other side of that opening. He makes us want to know. Yes, there is something about his freaky compositions that are genially emboldening.” —C.D. Wright

from Agnes the Elephant

When I was a baby, I was kidnapped from my bassinet
while my mother was soaking in the bathtub. She
couldn’t hear the intruder walk slowly and heavily down
our hallway, or open the door into my bedroom because
the hot water from the faucet was splashing into the tub.
The hot water turned the cold water back into hot water.
The suds were so high around her, the tub looked like
the mountainous arctic. She reached for the suds with
her hands and rubbed them on her legs which were in
the air. She started at her ankles and then she moved the
suds up over her knees and then she moved her hands
down into the hot water where the suds stayed on the
surface and where her hands kept going down, beneath
the surface, down between her legs, and they stayed
of the tub, and her head fell all the way back. Then came
out a little baby scream.

There is no
such thing

as infinity.
I started counting

when I was
very young

and I can tell
you now

that I am
done.

On my way home from the grocery store once I saw a
man trying to kill himself by jumping from a second
story window. A small crowd had formed. A police
officer was below him on the sidewalk trying to talk him
down. The officer could have just reached up and
grabbed the man’s ankles. The man was trying to
convince the officer that none of this existed, that he
didn’t exist, and neither did the officer, nor did the
building, and none of us in the crowd. Nothing existed,
and I wasn’t so sure he wasn’t telling the truth. I’m going
to fucking jump he’d say. You better not said the officer.
After a half hour or so of that, I went home to put the
groceries away. I made the burritos in that way you
taught me how to make them. The popsicles I bought
were mostly melted. The pattern on the wallpaper had
no one in particular’s face in it, I thought.

I will be the murderer
of my own murderer

The refrigerator is open. There is a baby in a jar. It is
time for breakfast. The universe is still expanding. Your
hands are moving like you’re wrangling a snake. Will
you do a magic trick? You start to do the magic trick.
We get on a plane to Tokyo. They serve us both cake. It
is not cake. It is two babies. I try to tell them about what
cake is. No one on the plane to Tokyo knows what cake
actually is. I don’t want to ever eat again. The babies are
crying. I am dying in a pool of blood.

her and me
and you

and me and
you all

facing her
and you

the most beautiful
word is evil

because when
we’re evil

A foot steps out of the rectangle and into the circle. I am
a baby on the carpet. The sky in the ceiling is a rectangle.
Your face is just five different-sized circles. In the
shadow, someone is taking off a shirt. A shadow is not a
shape.

we watch TV
on mute

read parts of
On Evil

I want her you
are not her

Once a week, the PEN Poetry Series publishes work by emerging and established writers from coast to coast. Subscribe to the Poetry Series mailing list and have poems delivered to your email as soon as they’re published (no spam, no news, just poems).