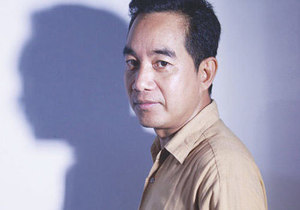 On January 13, 2012, Zaw Thet Htwe was among 651 prisoners released in a large-scale presidential amnesty. He was released from Tuanggyi prison and was greeted by his relatives upon his arrival at Yangon International Airport.

Zaw Thet Htwe was arrested on June 13, 2008, while visiting his sick mother in the town of Minbu, central Burma, and transferred to an interrogation center in Yangon. His computer, mobile phone, and personal documents were confiscated. No details were given to his family regarding the reason for his arrest or his place of detention. He was arrested immediately following his work with Zargana. There has been a widespread governmental crackdown on any attempt to report from the regions hit by the cyclone.

On November 21, 2008, Zaw Thet Htwe was sentenced to 15 years in prison under the Electronics Act, which has been used by the military Junta to charge dissidents and hand out long sentences in an attempt to stifle political dissidents. One week later, his sentence was increased to 19 years.

Zaw Thet Htwe was previously arrested in July 2003 on charges of treason after he published articles criticizing the military regime. He was originally sentenced to death on November 28, 2003, by a military court in Insein Prison. However, on May 12, 2004, the Supreme Court reduced his sentence to three years in prison and he was released in 2005. He also spent several years in detention in the 1990s for his involvement with the banned political organization Democratic Party for a New Society.