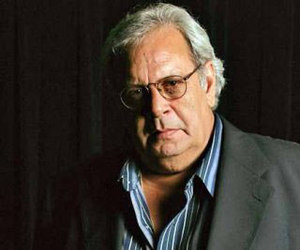 Raúl Rivero was freed on November 30, 2004 after having been transferred from prison to a military hospital in the capital, Havana, for medical tests. That same year he had received the UNESCO/Guillermo Cano World Press Freedom Prize and in April 2005 Rivero was relocated to Spain, where he continues to reside.

Raúl Rivero is among the first generation of journalists trained at Havana University’s School of Journalism after the 1959 revolution. He co-founded the satirical magazine Caimán Barbudo in 1966. He worked as Moscow correspondent for the government news agency, Prensa Latina, from 1973 to 1976 before returning to Cuba to head the agency’s science and culture service. Rivero resigned from the National Union of Cuban Writers in 1989 and made a formal break with the regime two years later when on June 2, 1991, he signed the famous “Carta de los Intelectuales” (Intellectuals’ Letter), a petition calling on Castro to free prisoners of conscience. He abandoned official journalism this same year, dismissing it as a “fiction about a country that does not exist.”

In 1995 Rivero founded CubaPress, one of a handful of independent, and illegal, news agencies set up by dissident journalists in order to provide an alternative to Cuba’s state-owned media. Before his recent arrest, Rivero was viewed as a political dissident and was not legally permitted to publish or broadcast in Cuba.

Rivero is also a renowned poet, whose works have been published in Europe and the United States, in addition to being widely circulated on the Internet. His book Sin pan y sin palabras (Without Bread and Without Words) was published in Spain in June 2003.

Raúl Rivero was arrested on March 31, 2003 as part of a nationwide round-up of dissidents initiated by the Cuban government on March 18. His home was thoroughly searched and reports indicated that numerous bags of papers and manuscripts were removed. He was accused of, among other charges, creating the journalists’ organization Sociedad de Periodistas Manuel Márquez Sterling and its “subversive” magazine, De Cuba. Rivero was charged under Article 91 of the Penal Code with “acts against the independence or territorial integrity of the state.” He was tried just days after his arrest by Havana’s 10 October district court, along with dissident journalist Ricardo González Alfonso. After a six-hour trial, both men were quickly sentenced to 20 years in prison for “collaboration with the United States.” The People’s Supreme Court upheld this sentence on appeal on June 23. It acknowledged that the sentences against Rivero and González Alfonso were “heavy, but suitable for the gravity of the offenses and the dangerous behavior” of the two men. The court said the sentences were “an example” and that the defendants had to be “truly reeducated” and others “who wanted to imitate them” had to be dissuaded.

There are just seven hours left until the 2022 Writing as Activism Fellowship application closes! This is the final chance to apply for a six-month immersive workshop experience alongside fellow NYC-based writer-activists: https://bit.ly/2ZvShCR.