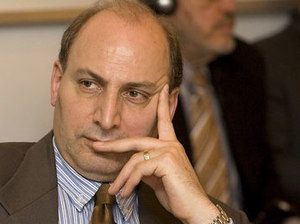 Academic and writer Ramin Jahanbegloo was arrested at Tehran airport on April 27, 2006, as he was about to leave for an international conference in Brussels, and his house was then reportedly searched. His detention was not officially confirmed until May 3, although the reason for his detention remains unclear and no charges have been made known. There are unconfirmed reports that he is accused of espionage and of having links to monarchist and other opposition groups.

Jahanbegloo is the Head of the Department of Contemporary Studies at the privately run Cultural Research Bureau in Tehran. The author of over 20 books in Persian, English and French on philosophy and current affairs in Iran, he is also a contributor to international newspapers and journals in which he comments on human rights and democratic freedoms. His personal web site, the front page of which has been removed since he was arrested, can be viewed at www.iranproject.info/topfram.htm. Jahanbegloo holds Iranian and Canadian citizenship. From 1997 to 2001, he worked at the University of Toronto’s Department of Political Science.

On August 30, 2006, Jahanbegloo was released from prison on bail. On the night he was released, Jahanbegloo gave an interview to the Iranian Students’ News Agency at which he reportedly said he had been accused of “acting against national security” and having contact with foreigners. He said his case remains with the Prosecutor’s Office for investigation. Jahanbegloo asserted he was not subjected to psychological or physical pressure while in prison, although concern remains that he may have been compelled to testify against himself or to confess guilt during interrogations, which did not respect the necessary human rights safeguards such as the right to access to legal counsel. Though Ramin Jahanbegloo was released, PEN continues to monitor his case.