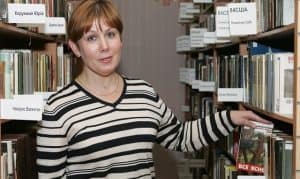 Natalya Sharina, head of the Ukrainian Literature Library in Moscow, was sentenced to four years of probation on June 5, 2017, for allegedly disseminating the works of Ukrainian nationalists banned in Russia.

Natalya Sharina was first detained and put under house arrest in October 2015 after FSB authorities raided the Ukrainian Literature Library and allegedly found several prohibited books, inlcuding those of Dmytro Korchynsky, banned in Russia as a Ukrainian nationalist. Investigators accused her of inciting anti-Russian propaganda but, in 2013, dropped the charges for lack of evidence. Sharina and other staff denied the allegation, claiming that the FSB framed her by planting the books on purpose.

In April, 2016, a new case was opened against Sharina for allegedly misallocating library funds to pay for her defense in a previous trial in 2013. In a trial on August 15, 2016, prosecutors in Moscow refused to indict Sharina.

Since her trial on November 2, 2016, Sharina has been under house arrest, during which time her health declined and she suffered from bouts of high blood pressure that required medical treatment. On June 5, 2017, she was charged with inciting hatred and embezzlement and given a four years’ suspended sentence. Sharina says she plans to take her case to the European Court of Human Rights.