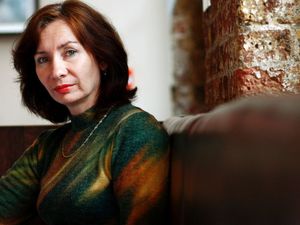 On July 15, 2009, Natalia Estemirova, a journalist and human rights defender, was abducted by four gunmen on her way to work in Grozny, the capital of Chechnya. Estemirova was found dead later that day in the woodlands in neighboring Ingushetia with five bullet wounds to her chest and head. To date, no one has been arrested for her murder.

Natalia Estemirova worked at the Grozny office of Memorial, Russia’s best-known non-governmental organization, which aims to expose human rights abuses under the Soviet Union and in post-Soviet states. Estemirova investigated and reported torture, killings, and other abuses in Chechnya. She worked with journalist Anna Politkovskaya from 2001 until Politkovskaya’s murder in 2006, exposing widespread abuses, including kidnappings, torture, and extra-judicial killings carried out by Russian military and security forces in Chechnya.

It is reported that, at the time of her murder, Estemirova was working on a sensitive case investigating the possible involvement of Chechen police officers in the public execution of local resident Rizvan Albekov. According to Human Rights Watch, “There were very strong circumstances around Estemirova’s murder that suggest that there could have been some official involvement.” The report claims that investigators inexplicably stopped pursuing the possible link between Albekov’s execution and the murder of Estemirova in early 2010.

Estemirova was the first recipient of the annual Anna Politkovskaya Award given by the Reach All Women in War campaigning group, and was also awarded for her courage by the Swedish and European parliaments.

Now it is up to us: Remembering Natalia Estemirova