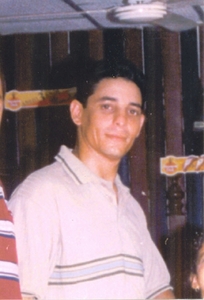 Léster Luis González Pentón was released from prison on July 12, 2010, along with five other dissidents, including fellow Honorary Member Dr. José Luis García Paneque. They were taken to Havana Airport where they were reunited with their families before boarding overnight flights to Spain. They arrived in Madrid on the afternoon of July 13, along with one other dissident. Their release follows talks between the Cuban government, the Catholic Church and the Spanish foreign minister, during which Cuba reportedly pledged to release the remaining 52 dissidents who had been jailed during the “Black Spring” of March 2003 over the coming months.

Léster Luis González Pentón is an independent journalist and political activist. In 2002, he co-founded El Movimiento por la Democracia (the Movement for Democracy) and later the ALFA-3 Movement, of which he served as vice-president. He was also a member of Movimiento pro Derechos Humanos Razón, Verdad y Libertad (the Reason, Truth and Liberty Human Rights Movement), and a delegate in Santa Clara for La Confederación de Trabajadores Democráticos de Cuba (the Cuban Confederation of Democratic Workers).

Léster Luis González Pentón was arrested on March 18, 2003, along with 74 other journalists considered to be dissidents by the Cuban government. He was the youngest of the dissidents arrested during this “Black Spring.” Until then he had worked as an independent journalist in central Villa Clara province.

On April 4, 2003, González underwent a trial that lasted from 8:15 a.m. to 6:30 p.m. He was later sentenced to 20 years in prison under Article 91 of the Cuban Penal Code, which imposes lengthy prison sentences, or death, for those who act against “the independence or the territorial integrity of the state.” He was initially detained at Santa Clara’s Prisión de Jóvenes, formerly known as Pretensado, and later transferred to Prisión Kilo 7, then Prisión Kilo 8, in Camagüey.

González was reportedly harassed before his arrest. On August 5, 2002, State Security officers detained him in his home to prevent his participation in events organized by dissident groups. In July 2001, he was threatened with imprisonment by the police if he did not return to work, without taking into consideration that he had been fired from his job as a baker, reportedly, for his participation in the Cuban Confederation of Democratic Workers.

Before his release in July 2010, González was being held at the Prisión Penitencial “La Pendiente,” in Santa Clara in the state of Villa Clara. He lived in a cell measuring four square yards, without running water, which he shared with five other prisoners. A fierce advocate of basic democratic liberties, he ended his letters from jail “LIBERTAD DE EXPRESION” in capital letters. From early on, he antagonized his jailers by refusing to submit to audiovisual reeducation programs, and was punished by the suspension of family visits. He was allowed a two-hour visit with his family once every 45 days.

In 2004, 2005, and 2006, González carried out hunger strikes to protest poor prison conditions and harassment against him and his wife, who was reportedly threatened after taking part in a rally with the wives of the 75 imprisoned democracy activists, known as the Damas de Blanco (Ladies in White).