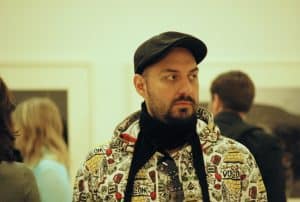 Kirill Serebrennikov, a prominent Russian theater director, faced a three-year trial on charges of embezzlement that human rights advocates have called a thinly-veiled effort at retaliation for his outspoken political criticism. As director of the Gogol Center, a theater in Moscow that he created, Serebrennikov has promoted modern art during his prolific career as a playwright, director, and television anchor. He has also espoused views critical of the Russian government, making him a desirable target of repression. Despite numerous appeals to the Moscow City Court, Serebrennikov was held under house arrest from August 2017 to April 2019, when he was released on bail. On June 26, 2020, Serebrennikov was convicted of embezzlement by the Meshchansky District Court in Moscow and received a suspended sentence of three years’ probation, in addition to an 800,000 rubles (roughly $11,400) fine.

PEN America, along with numerous other actors, called for the charges against Serebrennikov to be dropped during his trial, and continues to maintain Serebrennikov’s innocence following his conviction in the Russian prosecution’s politically-motivated case.

May 10, 2019: Serebrennikov’s film Leto has its New York premiere at the PEN World Voices Festival.

December-January 2018: PEN America’s Artists at Risk Connection collects messages of solidarity from around the world to be sent to Serebrennikov during his house arrest.

September 2017: Serebrennikov is the Featured Case of the month on PEN America’s website, pen.org.

May 2017: PEN America condemns a Russian police raid on Serebrennikov’s home and office.

A prolific playwright and director, Kirill Serebrennikov has been a champion of contemporary arts in Russia. In 2013, he transformed Moscow Gogol Drama Theater into an interdisciplinary center for the arts, called Gogol Center, featuring film screenings, lectures, discussions, concerts, and exhibits alongside traditional plays. From 2011 to 2014, Serebrennikov was artistic director of the “Platform” project which was designed to popularize contemporary dance, music, and theater in Russia.

On May 23, 2017, Serebrennikov found his apartment and the Gogol Center raided by the police on suspicions of embezzling state funds allocated for “Platform.” The director was interrogated and released. The current and former CEOs of Gogol Center, Yuriy Itin and Aleksei Malobrodsky, were arrested and refused to plead guilty. However, the theater’s accountant, Maslyaeva, who was also detained, collaborated with the security services by testifying against them.

In July 2017, a ballet that Serebrennikov produced on the life and work of Rudolf Nureyev, scheduled to premiere at the Bolshoi, was cancelled a few days before its opening night. Although the circumstances are controversial, critics see it as a bow to potential government pressure which has become increasingly widespread in the arts.

On August 22, 2017, Serebrennikov was detained and charged with embezzling 68 million rubles ($1.1 million) allocated for “Platform.” Investigators claimed that a part of this project, a production of Shakespeare’s A Midsummer Night’s Dream, was never staged. Serebrennikov denied the accusation, claiming that the play was performed at least fifteen times. On August 23, Serebrennikov was put under house arrest until October 19, 2017, which was repeatedly extended through April 2019, when Serebrennikov was finally released on bail. On June 26, 2020, Serebrennikov was convicted of embezzlement by the Meshchansky District Court in Moscow and received a suspended sentence of three years’ probation, in addition to an 800,000 rubles (roughly $11,400) fine.

Serebrennikov has been an activist and government critic, making him a target of repression. He has protested against Russia’s involvement in the Russo-Georgian war of 2008, election fraud in 2011, persecution of the LGBT community, and arrests of Pussy Riot members, among other issues. He called Russia a country of “unabolished slavery” where people do not value freedom and a chasm exists between the people and power.

A number of prominent directors and journalists stepped up to defend Serebrennikov. According to journalist Roman Super, despite the director’s fame abroad, Serebrennikov does not consider emigration to be “right, worthy or necessary,” adding “he says and has always said that he is a Russian director, and his comfort zone in theater and in life is Russian discomfort, which he uses as fuel.”

July 6, 2020: Serebrennikov’s co-defendants, Yuri Itin and Alexey Malobrodsky, file an appeal against the verdict by Moscow’s Meshchansky District Court. Serebrennikov’s lawyer notes that “it became clear that none of the participants in the trial is guilty and there was no damage to the state” and that Serebrennikov will not be filing an appeal.

June 26, 2020: Sebrennikov is convicted of embezzlement and handed a three-year suspended sentence, with a fine of 800,000 rubles (approximately $11,400). The presiding Meshchansky District Court also granted the claim of the Ministry of Culture to recover 129 million rubles (approximately $1.8 million) from all persons involved in the case, except co-defendant Sophia Apfelbaum. Many of Sebrennikov’s supporters say that the three-year long case against Serebrennikov and his co-defendants is politically motivated, and four witnesses have now said that their testimony implicating Serebrennikov was taken under duress. Sebrennikov was convicted alongside his co-defendants, producer Alexey Malobrodsky (sentenced to a two-year suspended sentence and a fine of 300,000 rubles), ex-head of Seventh Studio stage company Yury Itin (sentenced to a three-year suspended sentence with a fine of 200,000 rubles), and ex-official of Russia’s Culture Ministry and current director of the Russian Academic Youth Theater Sophia Apfelbaum, who was ultimately fined for a lesser charge of negligence—which was immediately lifted due to the expiry of the statute of limitations.

June 1, 2020: The trial resumes, and a third expert presents their assessment of the evidence, as ordered by the new presiding judge. The expert alleges that Serebrennikov and his co-defendants may have embezzled 129 million rubles ($1.86 million).

May 6, 2020: The Meshchansky court postpones the reopening of Serebrennikov’s case and trial due to the theater director’s illness.

April 13, 2020: The court decides to postpone Serebrennikov’s hearing until April 20th without clear explanation. This is the third time the case has been postponed since March. Additionally, lawyers for Serebrennikov and his co-defendants are arguing against the regular continuation of hearings due to the novel coronavirus.

March 19, 2020: The hearing is postponed until April 13th due to the novel coronavirus. It is announced that the next hearing will be dedicated to data on a damaged disk and addressing claims made by certain witnesses that they were pressured by investigators.

March 13, 2020: The hearing in Serebrennikov’s case is postponed until March 19th due to damage to the accounting data disk, a crucial component of the investigation.

December 16, 2019: The State Prosecutor’s Office asks the court to conduct a third expert examination due to concerns of conflict of interest, as two men from the panel of experts know the defendant.

November 1, 2019: The trial on the Seventh Studio case starts once again. The Moscow City Court has not confirmed the legality of returning case materials to the prosecutor’s office; thus, the renewal of the investigation process is canceled.

September 11, 2019: The Meshchansky court rules that the Seventh Studio case on trial should be returned to the prosecution to conduct an additional investigation. The measure of restraint for the defendants Serebrennikov, Sofia Apfelbaum, and Yury Itin is canceled. Serebrennikov can travel freely now until the new court decision.

April 8, 2019: Serebrennikov is released from house arrest on bail after a Moscow City Court judge overturns a decision by a lower tribunal to extend his arrest for three months. His co-defendants Sofia Apfelbaum and Yury Itin are also freed. Serebrennikov is able to leave his apartment, work, and communicate freely, but he is not allowed to leave Moscow. He declared that he is ready to return to work.

April 3, 2019: Once again, the Moscow City Court extends Serebrennikov’s house arrest, this time until July 4, 2019, allegedly to prevent the accused from “putting pressure on witnesses who had not yet been interviewed.” Serebrennikov has responded that all of the witnesses have already been questioned, and his defense team has filed a complaint about the extension which will be considered on Monday, April 8.

An excerpt from a conversation between Serebrennikov and Russian filmmaker Alexander Sokurov about totalitarianism can be read on the PEN America site in English translation here.

In November 2016, Serebrennikov spoke to the Guardian newspaper about increasing censorship in Russia.

As political constraints tighten on free expression in Russia, divergent views are increasingly unwelcome on any platform. The years of President Vladimir Putin’s dominance have brought Kremlin control to virtually all media outlets and progressively to other cultural spaces and modes of expression, including social activism, scholarship, art, and theater. The result has been to populate the discourse with “approved’’ ideas and raise the stakes on dissent, which most recently accumulated in the ever-returning conversation of censoring and controlling the Internet even more.

PEN America works to aid and elevate Russian writers fighting limits on free discourse and open access to information, including but not limited to hosting independent novelists, poets, and journalists for public events and high-level briefings in the United States, building ties with U.S. literary, cultural, and human rights communities, and publishing a comprehensive report, Discourse in Danger: Attacks on Free Expression in Putin’s Russia.

Kirill Serebrennikov: “What remains is art.”

Join PEN America & @usc_uschina on 8/5 for a discussion of PEN America's upcoming report on how Chinese censors have spread their influence across filmmaking in the U.S. — incl. recommendations for how Hollywood can chart a better path forward: https://bit.ly/30tYkFH.

Protesters took to the streets in cities across Russia on Saturday in support of jailed Khabarovsk former governor Sergei Furgal. Russian federal police detained protesters in the cities of Saint Petersburg, Yekaterinburg and Moscow. https://bit.ly/30m2Kye