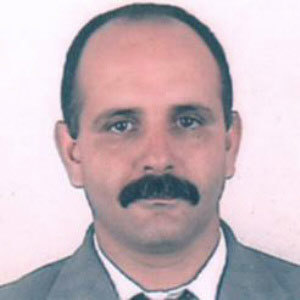 Dr. José Luis García Paneque was released from prison on July 12, 2010, along with five other dissidents, including fellow Honorary Member Léster Luis González Pentón. They were reunited with their families before boarding overnight flights to Spain. Their release followed talks between the Cuban government, the Catholic Church and the Spanish foreign minister, during which Cuba reportedly pledged to release the remaining 52 dissidents who had been jailed during the “Black Spring” of March 2003 over the coming months. Explaining the start of his life in Spain, Garcia Paneque recalled in a 2015 interview with The Freedom Collection, “another story started, another tough chapter: life in exile.” The effects of life as a prisoner for seven years still affects the reporter to this day: Garcia Paneque continues to suffer from a chronic intestinal illness developed during his time in prison and avoids grocery shopping because the abundance of culinary options compared to Cuba’s food scarcity give him a “headache,” he explained in an interview with Radio Free Europe/RFE.

Dr. José Luis García Paneque is an independent journalist and librarian. He is a member of the Manuel Marquez Sterling Journalists’ Association, an independent association that the Cuban government has refused to recognize, a journalist for Agencia Libertad press agency, the administrator for the Carlos J. Finlay independent library in his hometown of Las Tunas and a member of the Varela Project, a grassroots campaign to promote democratic and human rights reform in Cuba. He is also a medical doctor and worked as a surgeon at the Ernesto “Che” Guevara hospital in Las Tunas until he was dismissed for his criticism of government policies.

García Paneque was arrested on March 18, 2003, as part of a crackdown throughout Cuba on independent presses and alleged dissidents. He was one of 75 people who were detained during this campaign and was sentenced during a one-day trial on April 4, 2003 to 24 years in prison. He was charged with violating Law 88, which allows for the punishment of those accused of “subversive activities” that help further U.S. “imperialist interests,” and Article 91, which allows for the prosecution of those accused of “actions against Cuba’s independence and territorial integrity.” Many of the original 75 detainees, including García Paneque, remained in prison despite repeated calls for their release.

Following his sentencing, García Paneque was placed in solitary confinement at Santa Clara prison, where he developed claustrophobia and began to lose weight. He has also been known to suffer from chronic diarrhea and internal bleeding. In November 2004, he was taken to the infirmary at the Combinado del Este prison in Havana where he was reportedly admitted to the psychiatric ward. In late 2005, after having been transferred to several other prisons throughout Cuba, García Paneque was sent to Las Mangas prison in Bayamo where his health continued to deteriorate. In addition to the poor living conditions at the prison, which include substandard food and lack of space and sunlight, García Paneque has also had to contend with harassment by other inmates. He even told his wife that he had received a death threat. Prison officials denied knowing about the threats and so claim they were unable to take necessary action to ensure García Paneque’s safety.

When Dr. García Paneque entered prison, he weighed 190 lbs, but poor diet and chronic intestinal problems have caused his weight to drop to a mere 120 lbs. He has also developed intolerances for both lactose and glucose, but the prison staff has failed to accommodate these dietary restrictions. In addition to malnutrition, Dr. García Paneque has suffered from rectal bleeding and dangerously low blood pressure. In early June of 2007, prison doctors transported Dr. García Paneque to a hospital in Bayamo after he complained of intense abdominal pain. An ultrasound revealed a large cyst on his kidney, which the doctors wanted to remove immediately. However, Dr. García Paneque’s family feared that, given his poor health, he may have been able to survive the surgery. On June 22, Dr. García Paneque’s parents visited him and discovered that, in addition to his weight loss,  he was suffering from a high fever and breathing trouble. Dr. García Paneque also told his parents he had developed pneumonia in his right lung and that, three days before their visit, he had collapsed in the shower from weakness.

On December 22, 2007, Dr. García Paneque informed his mother that he was suffering from dizziness due to a serious episode of diarrhea and profuse rectal bleeding. According to the physician sent from Carlos Manuel de Céspedes Hospital who examined him, this could indicate the development of a duodenal ulcer. However, Dr. García Paneque told his family that this bleeding is really a complication related to the malabsorption syndrome he suffers from, an illness that he developed in prison and which does not allow the food he ingests to nourish his body. In late 2005, Dr. García Paneque’s wife requested that her husband be released on medical parole, but this request went unanswered.

García Paneque’s wife and four children have also suffered since his imprisonment. On August 6, 2006 a mob of about 50 armed citizens surrounded the family’s home and threatened to burn it down. They shouted insults at the family, calling them “terrorists” and “murderers,” and demanded that they leave. The oldest daughter was also denied the right to study information technology, despite being a demonstrably good student, after she refused to join the Union of Young Communists, Cuba’s national Communist youth group. In March 2007, the family was forced to flee Cuba and seek asylum in the United States. In October 2007, President Bush held a meeting with the family of García Paneque after which he spoke at a White House event and called on the Cuban government to release García Paneque and other political prisoners.