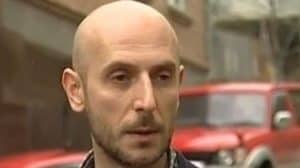 Irakli Kordzaia, a prominent Georgian journalist, talk show host, and human rights advocate, has tirelessly promoted public awareness of unethical governmental activities in his home country. On June 20, 2017, Kordzaia fled Tbilisi for Strasbourg in fear for his life after the unrelenting persecution by domestic authorities continued to escalate. At this time, the Georgian government has opened four cases against Kordzaia in response to his publications and video blogs outlining their corruption, and has resorted to illegally wiretapping and surveilling him. Despite this, Kordzaia has continued to espouse views critical of the Georgian government.

As an outspoken journalist and talk show host, Irakli Kordzaia has worked to uncover corruption and wrongdoing within the Georgian government. In 2011, Beso Khardziani, a Tbilisi businessman and friend of Kordzaia, was apprehended, imprisoned, and tortured by agents of the Saakashvilli government in order to seize a business controlled by Khardziani. After the failure of Saakashvilli’s regime, Khardziani was released and started the process to reclaim his business. Kordzaia used his platform on television and in print in order advocate on Khardziani’s behalf and expose the government’s tactics. On March 28, 2015, Khardziani was killed outside his home, soon after winning a court victory restoring his property.

Kordzaia, believing the murder to be carried out at the behest of those responsible for the initial seizure, continued to publicize his findings concerning government corruption and conspiracy. In response, officials met with Kordzaia and attempted to coerce him to cease his inquiries. When he refused, the Georgian secret service opened a case against Kordzaia and initiated surveillance of him and his property, violating Georgian law and sparking a civil rights case currently being sent to the European Court of Human Rights.

Despite these threats, Kordzaia continued to expose widespread corruption amongst members of the Georgian administration, creating video blogs outlining their actions. He has conducted research and publicized his findings about the Georgian judicial system, revealing that many judges advance their careers through unethical means in attempts to secure more control over the judiciary. His work has been especially resonant within the Georgian NGO community and has provided insight for the public into the inner workings of their government. In May 2017, Kordzaia was interviewed about his publications on various Georgian television programs, which led to an escalation in the government’s threats and surveillance tactics.

After increased pressure in recent months, Kordzaia decided to leave Tbilisi. He recently gave an interview to a Georgian opposition television program, discussing the illegal actions of the former Prime Minister Vano Merabishvili, who is currently under house arrest. This interview resulted in the initiation of a fourth legal maneuver against Kordzaia. Furthermore, it has recently come to light that the Georgian government is actively recruiting friends of Kordzaia to determine his whereabouts and future plans. His journalistic efforts are being repressed and he remains a prominent target of the government.

June 20, 2017: Kordzaia, after continued surveillance and fearing for his life, flees Tbilisi and seeks exile in Strasbourg.

May 2017: Kordzaia is interviewed on Georgian television discussing his anti-corruption campaigns. The government responds by intensifying their threats on his person.

July 15, 2016: Kordzaia is scheduled to stand trial for “defamation of a public figure” and a “groundless claim for defamation” stemming from his publications related to Khardziani’s murder. PEN International issues a statement of support for Kordzaia. Owing to pressure applied by the European Union, the plaintiff’s claims are not satisfied.

May 2016: Two former government officials are charged with the torture of Khardziani. His family believes that one of these officials, former Deputy Culture Minister Giorgi Udesiani, to whom Khardziani was forced to surrender his property, may be responsible for his murder.

January 2016: The Chief Prosecutor’s Office of Georgia reports that two men, one a Ukrainian citizen, the other Russian, have pled guilty to Khardziani’s murder.

May 7, 2015: Kordzaia is questioned at the Tbilisi Prosecutor’s Office and pressured to change his deposition, which charges a cover-up regarding Khardziani’s murder. He is questioned without an attorney and is only released after a mass media campaign.

Spring 2015: Georgian authorities begin surveillance of Kordzaia. Kordzaia only learns of their campaign in 2017, pursuant to a law that states any target of surveillance that is not found guilty of any charge is made aware of the investigation two years after its initiation.

March 31, 2015: Kordzaia is detained and questioned several times by the Prosecutor’s Office after implicating one government official in the murder of Khardziani and another in its cover-up.

March 28, 2015: Khardziani is shot and killed outside his home in Tbilisi.