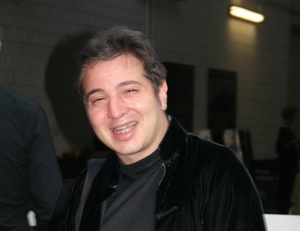 On April 15, 2013, a court in Istanbul convicted Fazil Say of “publicly denigrating the religious values of a section of the population” for various postings on Twitter. His suspended 10-month jail sentence was upheld on September 20, 2013. The conviction related to tweets and retweets, including lines of a poem attributed to the Medieval Persian philosopher poet Omar Khayyam, that the court found insulting to Islam and offensive to Muslims.

The sentence was suspended for five years, meaning that the pianist would not be sent to prison unless he was convicted of re-offending within that period. He appealed the verdict at the Supreme Court of Appeals, and after a long and convoluted legal battle his conviction was overturned and Say was acquitted of blasphemy charges on September 7, 2016.

Fazil Say is a world renowned Turkish pianist and composer who wrote his first piece, a piano sonata, at the age of 14, when he was a student at the Conservatory in his home town of Ankara. His orchestral pieces have been performed by the New York Philharmonic and the Berlin Symphony Orchestra, among others. A prolific composer, Say has penned a great number of orchestral works, oratorios, concertos, and chamber music in a career spanning over 20 years. He has also written three books on his life and music.

On May 25, 2012, Say was charged with religious defamation under Article 216/3 of the Turkish Penal Code for a series of messages he posted and retweeted, and under Article 218 of the Turkish Penal Code, which increases sentences by half for offenses committed “via press or broadcast.” The claimant who brought the case against Say argued that the tweets publicly degraded the holy values of three major religions: Judaism, Christianity and Islam. Say’s lawyer, Meltem Akyol, denied that his client’s retweets were degrading to religious values, highlighting the fact that one of those included in the indictment was not only a retweet, but a direct quotation from a verse written by Omar Khayyam. Another simply stated “I am an atheist and I am proud to be able to say this so comfortably.”

Say said during earlier hearings that the accusations against him went “against universal human rights and laws.” Say is well known for his criticism of the Turkish government’s cultural and social policies, and for declaring publicly that he is an atheist, which is controversial in a county where the vast majority of citizens identify as Muslim.