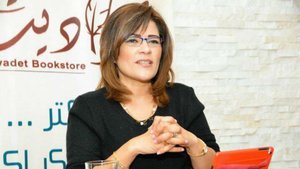 On January 26, 2016, Fatima Naoot was sentenced to three years in prison for defaming Islam in an October 15 Facebook post criticizing the Eid al-Adha tradition of slaughtering animals. Naoot appealed the sentence but on March 31, 2016, the court dismissed Naoot’s appeal as neither she nor her lawyer were present at the court date. On November 24, 2016, an Egyptian appeals court reduced Fatima Naoot’s sentence from three years in prison to a six-month suspended sentence. Naoot continues to be outspoken about aspects of Islamic practice in Egypt.

An Egyptian poet, Naoot was born in Cairo in 1964. Over the years, she has been involved in political life in Egypt through different means, such as producing politically charged poems and literary works or most recently, running for parliament in late 2015. She has published 19 books to date: seven poetry collections, nine translated anthologies from English into Arabic, and three books of literary criticism. She is chief editor of the literary magazine Qaws Qazah (The Rainbow) and writes columns, articles, and critiques in Arabic magazines and newspapers in Egypt and the Middle East. In both articles and poems, she pays attention to minorities in Egypt like Copts and women. She has translated novels and short stories by Virginia Woolf, Phillip Roth, and John Ravenscroft, and a volume of American and English poetry.

In her October 2015 Facebook post, Naoot criticized the sacrifice of animals at Eid al-Adha, also known as the Feast of Sacrifice. The festival honors Abraham’s willingness to sacrifice his first-born son as an act of submission to God. Naoot, in describing her opinion about the sacrifice, had posted: “Millions of innocent creatures will be driven to the most horrible massacre committed by humans for ten-and-half centuries. A massacre which is repeated every year because of the nightmare of a righteous man about his good son.” A lawyer had filed a lawsuit against Naoot in December in regards to this post, and the prosecutors agreed to take up the case shortly thereafter. In late January 2016, Naoot was charged with contempt of religion, spreading sectarian strife, and disturbing public peace, charges for which she faced up to three years in jail.