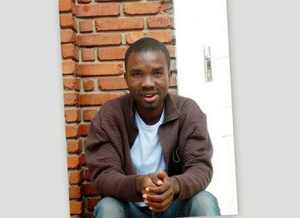 On July 15, 2013, the body of Eric Ohena Lembembe was found in his Yaoundé home. He had been tortured—with his neck and feet broken and his face, hands, and feet burned. It was unclear at the time of his murder if police were really investigating the case. A few months later, Alice Nkom, a lawyer representing LGBT clients, said the police had not yet made credible efforts to investigate his murder. On September 20, 2013, Cameroon’s ambassador to Geneva reportedly denied to the United Nations Human Rights Council the allegations that Lembembe’s murder was linked to LGBTQ activism as he referred to them as ’fantasy.’ He rather claimed that Lembembe had been killed because of his personal life, suggesting that his case could be a ‘settling of scores’ that led to his murder. To date, his murderers have not been identified and there has been no progress in the investigation while members of the LGBT community continue to be prosecuted, attacked, imprisoned, and murdered in Cameroon.

Erico Ohena Lembembe was a prominent LGBT rights activist and journalist for the blog Erasing 76 Crimes, in which he was the author of several chapters in From Wrongs to Gay Rights, a collection of articles by LGBTQ activists from 76 countries published in February 2013. Lembembe was also the Executive director of the Cameroonian Foundation for AIDS. He collaborated with Human Rights Watch (HRW), Alternatives-Cameroun, and the Association for the Defense of Homosexuals to research HRW’s March 2013 report, Guilty by Association: Human Rights Violations in the Enforcement of Cameroon’s Anti-Homosexuality Law.

Cameroon is one of 76 countries where homosexuality is still illegal. People prosecuted for “having sexual relations with a person of the same sex” under section 347 of the criminal code receive heavy fines and up to five years in jail, in addition to the possibility of extortion by authorities. Between 2010 and 2013, at least 28 people had been prosecuted for same-sex relations—in the course of the legal proceedings against them, they were tortured, denied access to counsel, and discriminated against by law enforcement and judges.

After Eric Lembembe’s murder, the pressure on lawyers defending LGBT clients sharply increased as part of a broader crackdown on the community. In 2016, authorities broadened their targets for anti-LGBT activity to include LGBT rights organizations like Humanity First Cameroon and Alternatives-Cameroun. The headquarters of Alternatives-Cameroun was burned in Douala in June 2013, and the president of Humanity First Cameroon was detained in June 2015 and received death threats for his work.

In May 2014, triggered by Lembembe’s murder, the African Commission on Human and Peoples’ Rights adopted a resolution condemning violence on the grounds of sexual orientation and gender identity, and calling on African countries to ‘[ensure] proper investigation and diligent prosecution of perpetrators