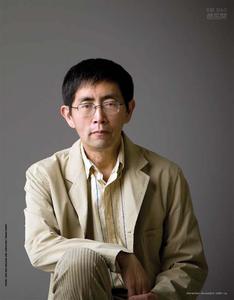 In 1989, poet Bei Dao was accused of helping to incite the events in Tiananmen Square and was forced into exile from China. Since then, he has lived in seven countries, including Sweden, Denmark, Germany, France and the U.S. Since 2007, he has been a professor at the Chinese University of Hong Kong. He was a recipient of the PEN/Barbara Goldsmith Freedom to Write Award in 1990.

On August 2, 1949, Zhao Zhenkai was born in Beijing. His pseudonym Bei Dao literally means “North Island,” and was suggested by a friend as a reference to the poet’s provenance from Northern China as well as his typical solitude.

Dao was publishing poems in official journals under the name “Bei Dao,” but in the ’80s, as the political atmosphere became more uncertain, Dao thought that it was better to publish under a variety of names. Thus, he has used the name “Bei Dao” for poetry but has published fiction and other work under different names.

During the Chinese Cultural Revolution, Dao became a Red Guard and participated in factional struggles. From 1969 to 1980, he worked as a construction worker, 300 kilometers south of Beijing. Dao credited the change in his political views to being sent to the countryside in 1969, where he discovered the poverty and harsh conditions of the countryside and how different conditions were from the propaganda to which he and his fellow revolutionaries had been exposed. As he lost his enthusiasm for the revolution, he began to study, to read, and to write about democracy and the propaganda he saw. Dao was one of the foremost poets of the Misty School, and his early poems were nonetheless a source of inspiration during the April Fifth Democracy Movement of 1976, a peaceful demonstration in Tiananmen Square.

Dao initiated an appeal for the release of Chinese political prisoners in the months leading up to the June 3, 1989, clampdown on the students’ Tiananmen Democracy Movement. He was forced into exile from his native China at the time of the Tiananmen Square massacre of 1989; he was in Germany at the time and barred from returning. Dao was under the impression that he would be exiled only for a short time, but this period lengthened to decades. Dao has said that the most important thing for him is to continue to write, regardless of place. While the sense of solitude is acutely difficult, for Dao, writing sustains him and is a form of self-preservation. Dao says, “Writing is always a challenge anyway, whether you are writing in China or outside. The question is how are you going to respond to that challenge.”

Dao’s books of poetry include The Rose of Time: New and Selected Poems (New Directions, 2010); Unlock (2000); At the Sky’s Edge: Poems 1991–1996 (1996), for which David Hinton won the Harold Morton Landon Translation Award from the Academy of American Poets; Landscape Over Zero (1995); Forms of Distance (1994); Old Snow (1991); and The August Sleepwalker (1990). His work has been translated into over 30 languages. His poem “The Answer” has become the anthem of resistance of China’s democracy movement, from the first demonstrations in Beijing in 1976 to commemorations of Wuhan physician and whistleblower Li Wenliang in January 2021.

He is also the author of short stories and essays. In 1978, he and colleague Mang Ke founded the underground literary magazine Jin Tian (Today), which ceased publication under police order. Dao was a recipient of the PEN/Barbara Goldsmith Freedom to Write Award in 1990, and he used the award to revive Today, this incarnation disseminated among the Chinese intellectual community outside China. Dao is only the second Chinese, after Hubei native Lu Yuan in 1998, to receive the Golden Wreath Award of the Struga International Poetry Festival in 2015. Dao is the 50th winner of the prestigious prize.