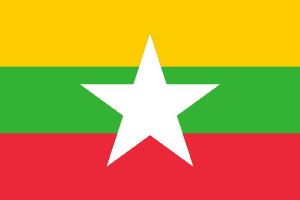 Aung Than and Zeya Aung were released from prison under amnesty. Their release date is unknown.

Aung Than is a member of the National League for Democracy (NLD) and Zeya Aung is a student at Pegu University. Together they wrote a book of poems called Dawn Mann (The Fighting Spirit of the Peacock).

On March 29, 2006, Aung Than and Zeya Aung were arrested near the Thai-Burmese border town of Myawaddy and charged with “associating with outlawed organizations” and “illegally crossing an international boundary.” Additionally, seven students were also arrested, reportedly being in possession of copies of the poems, but released after six days of interrogation. Maung Maung Oo, a local businessman and the owner of a workshop where the book was printed, and Sein Hlaing, a textile printer who allegedly helped distribute the book, were arrested in connection with the book soon after. These four were tried on April 25, 2006, on additional charges brought under the 1962 Printers and Publishers Registration Act, which is Myanmar’s main instrument of official censorship. The act requires all books, magazines, and other forms of printed and/or literary material to be submitted for screening and evaluation by the Press Scrutiny Board.

All four were convicted on June 6, 2006, in a criminal court in Pegu, north of Rangoon, on charges associated with producing an “illegal publication” and writing and publishing “antigovernment” poems. They received the following sentences: Aung Than and Zeya Aung received 19 years in prison each under the Emergency Provisions Act; Maung Maung Oo, 14 years; Sein Hlaing, 7 years. All have been sent to Myanmar’s notorious Insein Prison except for Sein Hlaing, who is believed to still be detained in Pegu.