The proliferation of false information and rising distrust in the established news media, due in part to a deliberate campaign of denigration, pose a looming crisis for American democracy and civic life. At a time of domestic political upheaval, sharp policy divisions, and intensifying international conflicts, the spread of disinformation and the related—yet distinct—problem of distrust of the media pose a fundamental threat to the quality of our public discourse and to our political system, sound policy outcomes, and national cohesion. PEN America argues that even though most “fake news” is protected by the First Amendment, its proliferation creates a flood of disinformation that imperils open expression writ large and demands a concerted response. If left unchecked, the continued spread of fraudulent news and the erosion of public trust in the news media pose a significant and multidimensional risk to American civic discourse and democracy, building gradually over time.

Read the Faking News follow-up report, Truth on the Ballot: Fraudulent News, the Midterm Elections, and Prospects for 2020 » 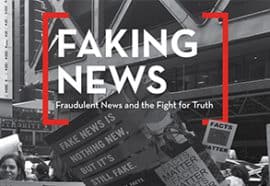 PEN America applauds the announcement by former Vice President Joseph Biden to eschew the use of illicit campaign tactics and disinformation in his 2020 presidential bid.  The Biden campaign has… More 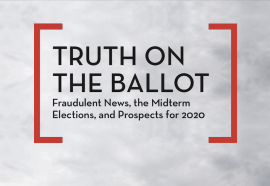 "We see disturbing signals that domestic political actors are beginning to view disinformation as a necessary evil, believing that they have little choice but to fight fire with fire… More

Newsroom Transparency Tracker Empowers the Public in an Age of Distrust

The Transparency Tracker provides: • A media literacy tool that empowers the public to hone in on reliable sources of news and defend themselves from fraudulent news and misinformation • An accountability tool… More 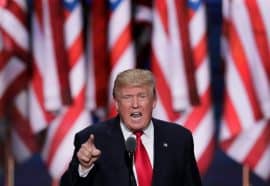 "The president's suggestion to boycott a major U.S. corporation because of news coverage that he finds unfavorable makes plain the self-serving, insidious nature of his attacks on the media… More 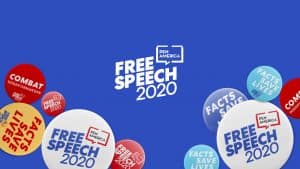 As the 2020 election approaches, disinformation tactics from both domestic and foreign actors are already underway. The intelligence community warned in late 2019 that foreign efforts have only grown… More 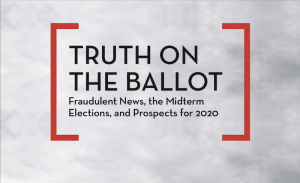 Truth on the Ballot reviews significant examples of fraudulent news during the 2018 election and discusses how such disinformation shapes public discourse. More 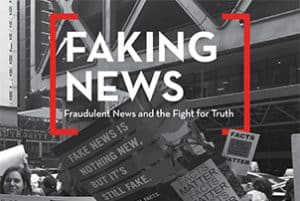 Warning that the spread of “fake news” is reaching a crisis point, Faking News: Fraudulent News and the Fight for Truth evaluates the array of strategies that Facebook, Google,… More 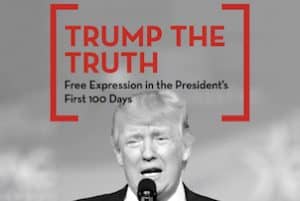 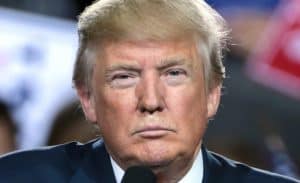 Trump the Truth: A Timeline of Assaults on Free Expression

Sign up for DARE: Daily Alert on Rights and Expression for the latest news on free speech and free expression

“Can Freedom of the Press Survive Trump’s Onslaught?”
Foreign Policy, May 3, 2017

“Donald Trump Acts Like an Authoritarian Thug Toward the Press”
The Guardian, January 12, 2017

Watch the Faking News Report Launch EVENT at the Newseum in Washington, D.C. 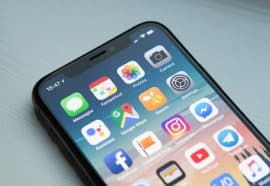 If this is an effort to reduce the power of fraudulent news on Facebook, then it comes at the expense of those who would spread the truth, as well.… More 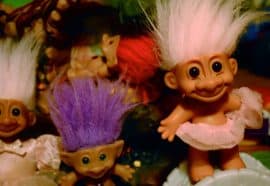 The good news is these trolls aren’t infallible. In the case of @Jenn_Abrams, the supposedly American account was set up with a Russian phone number... More 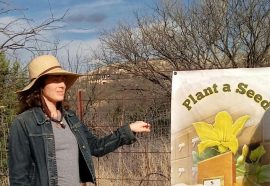 Our communities are being polarized and manipulated with competing notions of the truth…How do we address these divisions of outright truth and lie? Research provides a necessary starting point. More 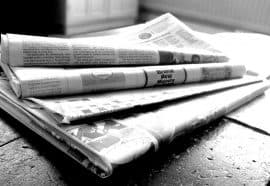 We can do a better job of demonstrating how persistent journalism directly affects community change…here are a few ways reporters have used human stories to bring about substantive action. More