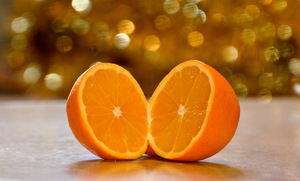 This week in the Guernica/PEN Flash series, we feature a piece by Andrés Neuman. Subscribe to the series and get new flash delivered to your inbox twice a month—no spam or news, just stories.

It is worth recalling that clumsiness can sometimes arise from an excess of symmetry. Elisa and Elías were a case in point. Incapable of embracing each other without their respective right and left arms colliding in mid-air, both equally aroused the admiration of their friends. They had the same habits. Their political views did not clash even over incidental details. They enjoyed similar music. They laughed at the same jokes. In whatever restaurant they ate, either of them could easily order two of something without consulting the other. They were never sleepy at different times, which, however stimulating for their sex life, was annoying from a strategic point of view: Elisa and Elías secretly competed to be first in the bathroom, for the last glass of milk in the refrigerator, or to be the first to read the novel they had both planned to buy the week before. Theoretically, Elisa was able to reach her orgasm at the same time as Elías without the slightest effort. In practice, it was more common for them to find themselves tied up in knots, created by their always simultaneous desire to be on top or beneath the other. What a perfect couple, two halves of the same little orange, Elisa’s mother would tell them. To which they both replied by blushing, and stepping on each other’s toes as they rushed to kiss her.

I hate you more than anyone in the world, Elías wanted to howl in the middle of an eventful night. He was unable to get Elisa to hear him, or rather he was unable to distinguish his own protest from hers. After an unwelcoming sleep filled with synchronized nightmares, the two of them had breakfast in silence, without any need to discuss what was going to happen next. That evening, when Elisa came home from work and went to pack her bags, she was not surprised to find the wardrobe half-empty.

As usually happens, Elisa and Elías have tried several times to patch things up. However, it seems that whenever either of them tries to call, the other’s phone is busy. On the rare occasions when they have succeeded in arranging to meet, perhaps offended at how long it has taken the other to make a move, neither of them has turned up.

Andrés Neuman (1977) was born in Buenos Aires, where he spent his childhood. The son of Argentinian émigré musicians, he grew up and lives in Spain. He was included in Granta’s “Best of Young Spanish-Language Novelists” issue and is the author of numerous novels, short stories, essays, and poetry collections. Two of his novels—Traveler of the Century and Talking to Ourselves—have been translated into English. Traveler of the Century won the Alfaguara Prize and the National Critics Prize, was long listed for the 2013 Best Translated Book Award, and was shortlisted for the 2013 Independent Foreign Fiction Prize and the 2014 International IMPAC Dublin Literary Award. Talking to Ourselves was selected as number one among the top twenty books in 2014 by Typographical Era, and was longlisted for the 2015 Best Translated Book Award. His works have been translated into twenty languages. A collection of his short stories, The Things We Don’t Do, is forthcoming from Open Letter Books on September 15.

Nick Caistor is a prolific British translator and journalist, best known for his translations of Spanish and Portuguese literature. He is a past winner of the Valle-Inclán Prize for translation and is a regular contributor to BBC Radio 4, Times Literary Supplement, and the Guardian.

Lorenza Garcia has lived for extended periods in Spain, France, and Iceland. Since 2007, she has translated over a dozen novels and works of non-fiction from French and Spanish.