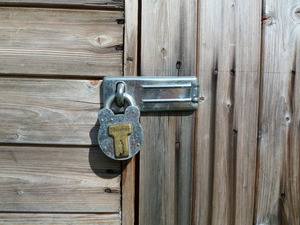 This week in the PEN Poetry Series, guest editor C.D. Wright features a poem by Joshua Marie Wilkinson. About Wilkinson’s work, she writes: “Joshua Marie Wilkinson now lives in Tucson. His online monthly journal of poetics, Evening Will Come, has now become part of The Volta, of which The Pleistocene, an audio interview column, is also a part of; The Volta includes poemfilms, and everything else you can zip under one tarp, co-edited by Wilkinson and Afton Wilky. He has been writing since he held his first crayon. More recent titles include The Courier’s Archive and Hymnal (Sidebrow Books, 2014), Swamp Isthmus (Black Ocean 2013),Selenography, with polaroids by Tim Rutili (Sidebrow Books, 2010), The Book of Whispering in the Projection Booth (Tupelo Press, 2008) and Figures for a Darkroom Voice with Noah Eli Gordon and Noah Saterstrom (Tarpaulin Sky, 2007). There is considerably more but I mean, how much can you write or read for that matter. The titles alone suggest his cinematic and archival inclinations. He was born in Seattle. I don’t know if it matters to him whether he is in a rainforest or the desert. One has a feeling he is utterly adaptable. He writes, he teaches, he edits, he collaborates. And if I may, he is given to genuineness. The excerpt below comes from the manuscript Shimoda’s Tavern (with nods to two contemporaries in the title).”

Flask of nitrous & the nurse’s

Sidle up to me I want

to envision what I can to pull it within reach.

Indeed, how I would.

to the price of production?

Until starlight drinks up

Is this the way you wanted to find out

the limits of what you convinced them

The pain of discovering

what’s unkillable in the surface

is borne out in teeming

slung with caterpillars slowing it

to a peaceful set of lies called living.

A man wants inside a lake.

A man wants inside the coin of desire—

What do we wish would begin to glow?

Your song is a willed deprivation, a

you through to a junction of apologetic means.

You see the night has eyes for

what you assumed you

wouldn’t get lost in

the vehicles of a hidden elegy

What gets known from beyond

(You haven’t even figured out

how to cough into your sleeve.)

So, what’s the latch we’re listening for?

The fire’s on & I dreamt it engulfed

the branches of the mesquite.

& that it joined the Wallow Fire?

No, just the slovenly easement.

Who could be friends with

an elevated desert such as this?

Who could call it alone & know it unharmed?

Whose passions but your own startled you

yelling up to a window at night

for a love to come to the glass

But who was the boy

with a trapdoor in his eye?

& did the crumbs show the courier

where went a friend?

Yes but she says, steady now

with what animals you sojourn with.

A ghost on the plane

is no threat apparently

dead as we are to the looks

The moonlight drapes a field.

The field drapes the memory:

& crying at the passenger drop-off

at the shitty little airport

in the black snow.

So what did the animals

drag on into the fold?

& what could they thus detect?

What were the messenger’s messages?

Then what did she carry?

Can you not keep from asking?

But, what stops you?

The woods, she says.

What begins you then?

She says, I wanted a loose tooth

to suckle the day through—

What’s pain but customizing yourself.