A Prayer for Workers 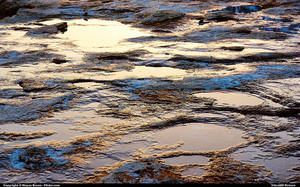 Bless the woman, man, & child
who honor Earth by opening shine
in the soil—the splayed hour
between dampness & dust—to plant
a few seedlings in furrows, & then pray
for cooling rain. Bless the fields,
the catch, the hunt, & the wild fruit,
& let no one go hungry tonight
or tomorrow. Let the wind & birds
seed a future ferried into villages
& towns the other side of mountains
along nameless rivers. Bless those
born with hands made to do work,
hewn timbers & stone raised from earth
& shaped in circles, who know the geometry
of corners, & please level the foundation
& pitch a roof so good work isn’t diminished
by rain. Bless the farmer with clouds
in his head, who lugs baskets of dung
so termites can carve their hives
that hold water long after a downpour
has gone across the desert & seeds
sprout into a contiguous greening.
Bless the iridescent beetle working
to haul the heavens down, to journey
from moon dust to excrement.
The wage-slave’s two steps from Dickens’s
tenements among a den of thieves,
blind soothsayers who know shambles
where migrants feathered the nests
of straw bosses as the stonecutters
perfect profiles of robber barons
in granite & marble in town squares
along highways paved for Hollywood.
Bless souls laboring in sweatshops,
& each calabash dipper of water,
the major & minor litanies & ganglia
dangling from promises at the mouth
of the cave, the catcher of vipers at dawn
in the canebrake & flowering fields,
not for the love of money but for bread
& clabber on a thick gray slab table,
for the simple blessings in a small town
of the storytellers drunk on grog.
Bless the cobbler, molding leather
on his steel latch, kneading softness
& give into a red shoe & a work boot,
never giving more to one than the other,
& also the weaver with closed eyes,
whose fingers play the loops & ties,
as if nothing else matters, daybreak
to sunset, as stories of a people
grow into an epic stitched down
through the ages, the outsider artists,
going from twine & hue, cut & tag,
an ironmonger’s credo of steam rising from buckets
of water & metal dust, & the clang
of a hammer against an anvil,
& the ragtag ones, the motley crew
at the end of the line, singing ballads
& keeping time on a battered tin drum.