A Prayer for Clytemnestra 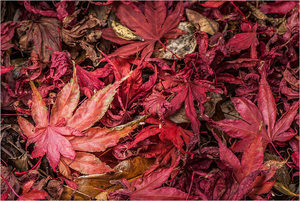 I had been told that you would come back. I woke with the knowledge of that. But among the gods now there is no one who oversees my actions or knows my mind. There is no one among the gods I appeal to. Instead, humans warned me of your impending return. Men, not gods, lit each fire that gave the news to further hills where other men lit further fires to alert me. It was the fire that brought the news. There were no gods.

I am praying to no gods. I am alone among those here because I do not pray and will not pray again. Instead, I will speak in sacred whispers. I will speak to you, gone from us now, in soft words that come from the world, and those words will be filled with regret for what has been lost. I will make sounds like prayers, prayers that have no source and no destination, not even a human one, since you are dead and cannot hear.

I know as no one else knows that the gods are distant, they have other concerns. They care about human desires and antics in the same way as I care about the leaves of a tree. I know the leaves are there, they wither and grow again and wither, as people come and live and then are replaced by others like them. There is nothing I can do to help them or prevent their withering. I do not deal with their desires.

I wish now to stand here and laugh, yes, hear me tittering and snorting and then howling with mirth at the idea that the gods allowed my husband to prevail in battle, that they inspired every plan he worked out and move he made, that they knew his cloudy moods in the morning and the strange and silly exhilaration he could exude at night, that they listened to his implorings and discussed them in their godly homes, that they watched the murder of my daughter with approval. Oh, they knew it was a bargain, or so you believed. Oh, they knew what the bargain was, or so you thought. Kill the innocent girl, take her out of the world, use a knife on her flesh to ensure that she will never again walk into a room or wake in the morning. Deprive the world of her grace. And in return the gods will make the wind blow in your favor on the day you need wind for your sails. They will hush the wind on the other days when your enemies need the wind. The gods will make your men fearless and brave and the others, your enemies, cowardly and sickly. The gods will strengthen your swords and make them swift and sharp.

I have news for you now, now that you are all shadow, all dust, now that you are mute and cannot reply, now that you live only in the places I am free to imagine for you. I have news to relate to your ghost. When you were alive, you and the men around you believed that the gods followed your fate and cared about you. Each of you. But you must listen to me now as I say that they did not, they do not. Our appeal to the gods is the same as the small dry sound a leaf makes before it withers and falls, a sound we cannot even hear, a sound that, even if we did hear it, would make us shrug.

The gods do not hear us, they do not care for us. They have their own unearthly concerns. Unimagined by us, they in turn barely know we are alive. For them, if they were to hear of us, we would be a stale old story, or we would be like the mild sound of wind in the trees, a distant, unpersistent, rustling sound.

I know that it was not always thus. There was a time when the gods came in the morning to wake us, when they combed our hair and filled our mouths with the sweetness of speech and listened to our desires and tried to fulfill them for us, when they put wind in our sails in return for sacrifices. You know too that not long ago, within our memories, the crying women could be heard in the night in the time before one of us died. It was a way of calling the dying home, hastening their flight, soft- ening their wavering journey to the place of rest. You were with me in the days before my mother died, and we both heard it, and she heard it too and it comforted her.

Darling, that noise has stopped. There is no more crying like the wind. The dead fade in their own time. No one helps them, no one notices except those who know them. The gods do not hover over with their luring, crying sound. I heard only silence when my father died. I notice it here, the silence around death. They have departed, those great ones who were once close to us. They have gone and they will not be back. You were lucky with the wind, that was all, and lucky your men were brave, and lucky that you prevailed. It could have easily been otherwise. You did not need to sacrifice our daughter to the gods. There are no gods.

My nurse was with me from the start. In her last days she believed that she had time left, that she was merely sick and would soon recover. I sat with her and we talked. If the slightest sound of wailing had been heard, we would have been listening. There was nothing, no sound to accompany her towards death. There was silence, or noises from the kitchen, or the sound of the barking of dogs. We did not believe she was dying. And then she did, then she stopped breathing. It was over for her.

I went out and looked at the sky. And all I had then to comfort me was the leftover language of prayer. What had once been powerful and added meaning to everything was now desolate, strange, with its own sad brittle power, with its memory, locked in its rhythms, of a time when our words rose up and found completion. Now they are trapped in time, they are filled with limits, they are mere distractions, they are as fleeting and monotonous as breath. They keep us alive, and maybe that is something, at least for the moment, we should be grateful for. There is nothing else.

Oh nothing…but treasuring my time with @CoryBooker and @minjinlee11 for @PENamerica Gala!

The evening’s celebration will get started soon! Tune into the 2022 #PENgala LIVE at 7:30PM ET: https://youtu.be/yImyr9NUWf4

We are honored to have Vladyslav Yesypenko’s family join us at the #PENgala tonight. They will be accepting the PEN/Barbey #FreedomToWrite Award on his behalf in recognition of his courage and vital work as a journalist in Ukraine.