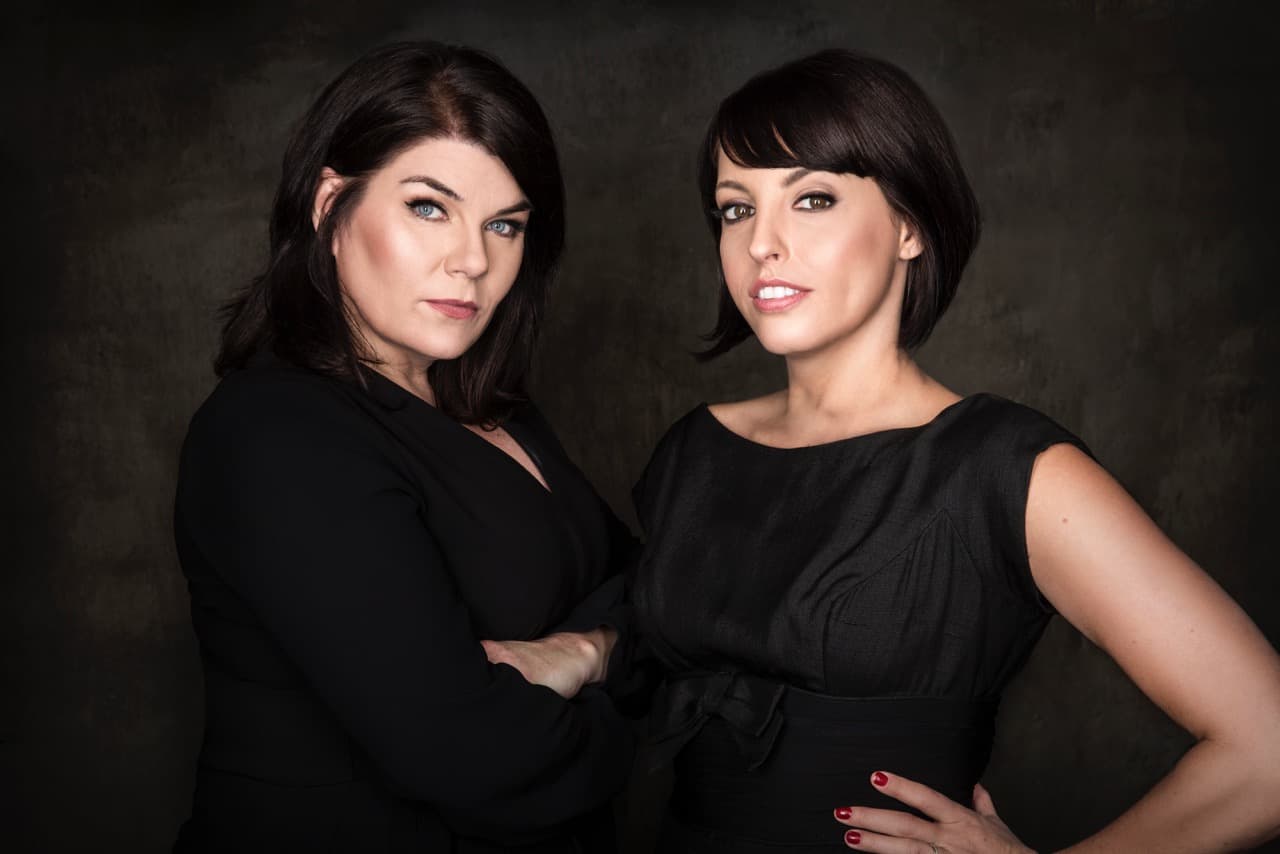 “We’re thrilled to announce that writers, comedians, and podcasters, Karen Kilgariff and Georgia Hardstark will host the 2018 LitFest Gala. By combining true crime, humor, and personal narrative, Karen and Georgia have helped audiences face their deepest fears with laughter. I can’t imagine a better resume for this year’s gala hosts.”

Known for her biting wit and musical prowess, Karen Kilgariff has been a staple in the comedy world for decades. As a performer, she has appeared on Mr. Show, The Book Group, and Conan. She was the head writer for the first five years of The Ellen DeGeneres Show, then transitioned to scripted, writing for shows like Other Space, Portlandia, and Baskets. Her musical comedy album, Live At The Bootleg, was included in Vulture’s Top 9 of 2014 and in Stitcher’s Top 11 of 2014.

Georgia Hardstark has enjoyed a successful career as a food writer and Cooking Channel on-camera personality, which began with the invention of the farcical cocktail, The McNuggetini. She went on to co-host a travel/adventure/party show called Tripping Out with Alie & Georgia, and a regular gig on Cooking Channel’s #1 show, Unique Sweets. She capped that off as a repeat guest narrator on Comedy Central’s hit show, Drunk History.

My Favorite Murder is the hit true crime comedy podcast hosted by Karen Kilgariff and Georgia Hardstark. Since its inception in early 2016, the show has broken download records and sparked an enthusiastic, interactive “Murderino” fan base who came out in droves to the sold-out nationwide live show tours. A top 10 regular on iTunes’ comedy podcast chart, My Favorite Murder has been featured in Entertainment Weekly, The Atlantic, Nylon, and Rolling Stone magazine. Aside from being avid true crime enthusiasts, Karen Kilgariff is a stand-up comedian and television writer, and Georgia Hardstark is a writer and host for the Cooking Channel.

""I appreciate passion. I do," board treasurer Deb Fridsma said at the meeting. "But it is a slippery slope. You cherish your freedom, but what you're doing now is taking other people's freedoms away." #FreeTheBooks @PENamerica https://twitter.com/CBSEveningNews/status/1577802703727722496

Tonight, Pen America's Prison and Justice Writing celebrates Prince Shakur on the publication of his debut memoir, WHEN THEY TELL YOU TO BE GOOD (@Tin_House)!

@prshakur will be in conversation with Jamal Joseph at @ptknitwear in NYC at 7pm. RSVP here: https://pen.org/event/when-they-tell-you-to-be-good-prince-shakur-in-conversation-with-jamal-joseph/

At @NYHistory's #PEN100 exhibit, visitors see literary greats and champions of free expression, such as "Toni Morrison, Susan Sontag, @MargaretAtwood, Arthur Miller in conversation with each other because they are part of our history," says @ClarisseRS.