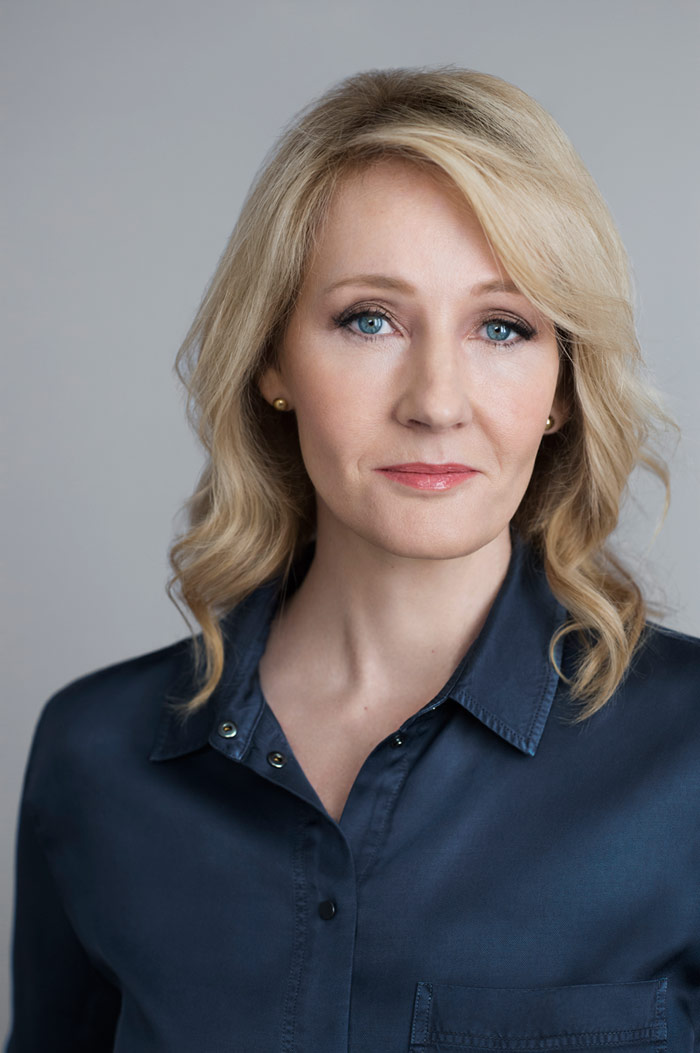 At the 2016 PEN Literary Gala, Harry Potter creator J.K. Rowling will receive the 2016 PEN/Allen Foundation Literary Service Award. The award is presented annually to a critically acclaimed author whose work embodies PEN America’s mission to oppose repression in any form and to champion the best of humanity.

Since her rise from single mother to literary superstar, J.K. Rowling has used her talents and stature as a writer to fight inequality on both a local and global level. Her charitable trust, Volant, supports causes in the United Kingdom and abroad that alleviate social exclusion, with particular emphasis on women and children. In 2005 she founded Lumos, a nonprofit organization that works to help the eight million children institutionalized around the world regain their right to a family life. Herself the frequent object of censorship in schools and libraries across the globe, as well as online targeting, Rowling has emerged as a vocal proponent of free expression and access to literature and ideas for children, as well as incarcerated people, the learning-disabled, and women and girls worldwide.

Rowling is the creator of the wildly popular Harry Potter series, which has sold over 450 million copies worldwide. With the money earned from book sales, Rowling has contributed to many charities, including initiatives advancing science, such as research on multiple sclerosis. Her book The Tales of Beedle was the biggest selling book of 2008, with 10 million copies sold globally, and she donated the proceeds to her non-profit organization Lumos. In 2012, Rowling published her first novel for adults, The Casual Vacancy, which has been published in 44 languages. She also donated all the royalties of her 2013 crime fiction novel The Cuckoo’s Calling to the Army Benevolent Fund­—a British charity that provides financial and practical support to soldiers, veterans, and their immediate family in times of need. As soon as the true authorship of the book was revealed, sales skyrocketed. As well as an OBE for services to children’s literature, Rowling is the recipient of numerous awards and honorary degrees, including the Prince of Asturias Award for Concord, France’s Légion d’Honneur, and the Hans Christian Andersen Literature Award.

Read her full remarks from the ceremony »

“Through her writing, Rowling engenders imagination, empathy, humor, and a love of reading, along the way revealing moral choices that help us understand ourselves. Through their experiences with Rowling both on and off the page, countless children have learned not only the power of speaking their own minds, but the critical importance of hearing others. A gifted storyteller, fierce opponent of censorship, advocate for women’s and girls’ rights, and staunch defender of access to education, Rowling uses all of the tools at her disposal to create a better and more just world for our children.”

More About Book Challenges and Banning

• Young Adult  (YA) books are challenged more frequently than any other type of book, according to the ALA, and in recent years, the majority of the most frequently challenged books in libraries have been YA titles. In 2014 alone, six YA titles were on the list of the Top Ten Most Challenged Books of that year.

• The BBC has reported that formal challenges to books in school libraries are more routine in the United States than in the United Kingdom. In the U.S., locally elected school boards can withdraw books if and when parents petition the motion; while in the U.K., head-teachers are almost exclusively the only authorities that can exercise such control.